The misleading evidence that fooled scientists for decades 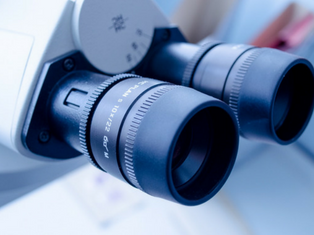 Dr Peter Vickers from the Department of Philosophy discusses how there are surprisingly few proven facts in science.

Instead, scientists often talk about how much evidence there is for their theories. The more evidence, the stronger the theory and the more accepted it becomes.

Scientists are usually very careful to accumulate lots of evidence and test their theories thoroughly. But the history of science has some key, if rare, examples of evidence misleading enough to bring a whole scientific community to believe something later considered to be radically false.

A common way scientists gather evidence is to make a prediction about something and see if they’re correct. The problem occurs when the prediction is right but the theory they use to make it is wrong. Predictions that seem particularly risky but turn out to be true look like very strong evidence, as Karl Popper and other philosophers of science have often stressed. But history shows us that even very strong evidence can be misleading.

In 1811, Johann Friedrich Meckel successfully predicted that human embryos would have gill slits. This risky prediction seemed to provide very strong evidence for his theory that humans, as the “most perfect” organisms, develop via stages corresponding to each of the “less perfect” species (fish, amphibians, reptiles and so on).

As it happens, early human embryos do have slits in their necks that look like gills. This is almost certainly because humans and fish share some DNA and a common ancestor, not because we go though a “fish stage” when in our mothers’ wombs as part of our development towards biological perfection.

But the evidence available after embryo neck slits were discovered in 1827 certainly made Mecklel’s theory appear persuasive. It was only when Charles Darwin’s theory of evolution took hold in the second half of the 19th century that it became totally clear that Meckel’s idea of a linear series of biological perfection was completely untenable.

Another example is 18th-century geologist James Hutton’s idea that the Earth is like an organic body that constantly reproduces itself to indefinitely provide a habitable world for humans. On the basis of his theory, Hutton successfully predicted that veins of granite would be found passing through and mixing with other layers of rock. He also successfully predicted angular uncomformities, when new rock layers rest at a very different angle to the older layers immediately beneath them.

Hutton’s theory was wrong in all sorts of ways compared to contemporary thinking. Most obviously, the Earth is not designed for human beings. And of course Hutton had no concept of plate tectonics.

But despite his theoretical errors the predictions were successful, and so highly influential. In fact, his theory was still a serious candidate for the truth 100 years later. It was only finally pushed out in the late 19th century by the contracting Earth theory, which (mistakenly) explained valley and mountain formations in terms of an Earth that gradually contracts as it cools.

Meckel and Hutton’s predictions were based on incorrect arguments. But there are also dramatic examples of misleading evidence based on equations. For example, when Niels Bohr predicted in 1913 the correct frequencies of the specific colours of light absorbed and emitted by ionised helium, Einstein reportedly remarked: “The theory of Bohr must then be right.”

Bohr’s predictions could instantly persuade Einstein (and many others besides) because they were correct to several decimal places. But they came out of what we now know to be a deeply flawed model of the atom, in which electrons literally orbit the atomic nucleus in circles. Bohr was lucky: despite his model being wrong in fundamental ways, it also contained some kernels of truth, just enough for his predictions about ionised helium to work out.

But perhaps the most dramatic example of all concerns Arnold Sommerfeld’s development of Bohr’s model. Sommerfeld updated the model by making the electron orbits elliptical and adjusting them in accordance with Einstein’s theory of relativity. This all seemed more realistic than Bohr’s simple model.

Today we know that electrons don’t really orbit the nucleus at all. But scientists working in the early 20th century thought of electrons as very tiny balls, and assumed their motion would be comparable with the motion of actual balls.

This turned out to be a mistake: modern quantum mechanics tells us that electrons are highly mysterious and their behaviour doesn’t line up even remotely with everyday human concepts. Electrons in atoms don’t even occupy an exact position at an exact time. Such considerations are what lie behind the famous quip “If you think you understand quantum mechanics, then you don’t.”

So Sommerfeld’s theory had a radical misconception at its very heart. Yet, in 1916, Sommerfeld used his model as the basis for an equation that correctly describes the detailed pattern of colours of light absorbed and emitted by hydrogen. This equation is exactly the same as the one derived by Paul Dirac in 1928 using the modern theory of relativistic quantum mechanics.

This result has long been considered a shocking coincidence within the physics community, and various ongoing attempts have been made to try to understand how it could happen. Needless to say, Sommerfeld’s incredible predictive success persuaded many scientists of the day that his theory was true.

Despite the fact that later evidence proved these theories wrong, I don’t think we should say the scientists involved made mistakes. They followed the evidence and that is precisely what a good scientist should do. They weren’t to know that the evidence was leading them astray.

These few examples certainly shouldn’t persuade us that science can’t be trusted. It’s rare for evidence to be very misleading and, usually, radically false theories don’t produce successful, accurate predictions (and usually they produce radically false predictions). Science is a process of constant refinement, with a knack for ironing out unhelpful twists and turns in the long run. And we all know that even the most trustworthy can occasionally let us down.

If you would like to join our Philosophy Department, please see our list of current vacancies. Alternatively register your interest and we will contact you when vacancies are advertised.