Sexual harassment - it's all part of growing up 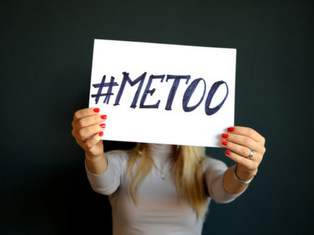 Dr Fiona Vera-Gray from Durham Law School talks about sexual harassment being commonly disregarded as an inevitable part of life.

Allegations about sexual harassment in Hollywood, British politics and various other sectors have exposed a reality already familiar to most women.

Harassment, interruption, and intrusion from men is commonly disregarded as an inevitable part of life, unpleasant but expected. It is rarely acknowledged for what it is: a key factor structuring women’s lives.

Comedian Jo Brand’s recent comments on the quiz show Have I Got News For You help explain how it works.

Responding to panellist Ian Hislop’s dismissal of some forms of harassment as “not high level crime”, Brand explained the continuum of sexual violence:

I know it’s not high level, but it doesn’t have to be high level for women to feel under siege in somewhere like the House of Commons. And actually, for women, if you’re constantly being harassed, even in a small way, that builds up and it wears you down.

Rather than a hierarchy of one-off events, Brand’s comments demonstrate that sexual harassment needs to be understood as a process that is cumulative and connected. My own research in the area shows how early this process begins.

Just over a third of the women I spoke with recalled an experience of sexual harassment at 12 or younger, sometimes from known adult men but much more commonly from among their male primary school peers. Harassment was even more common in girl’s teenage years with almost two thirds describing experiences of intrusion during adolescence, experiences much more likely to be perpetrated by adult men.

View clip of Jo Brand's comments on Have I Got News For You here.

Brand explains the problem to a bunch of men.

These early experiences are confusing. Unsure why men are doing this, young women look to the women around them to explain what is happening. And the message they receive was broadly shared across accounts: that sexual harassment is ordinary.

One woman I spoke to said her first experience of harassment was being whistled at by an adult man when she was doing her paper route at 13. She told me: “I remember going home, talking to my mum, being very upset about it and she was like, ‘this is life’.”

Another recalled a similar response from her mother:

I remember as a kid men whistling at me and stuff and my mum just laughed it off and said ‘stupid man’.

Another described an experience at 15:

I was walking up to my boyfriend’s house and this man exposed himself to me, quite close as well, and I didn’t really know what he was doing. And the police weren’t called because … well, I’m not sure why they weren’t called. My mum said ‘it’s all part of growing up’.

Such responses are a powerful illustration of sexual harassment as a process. The message is that sexual harassment for women is unremarkable, all part of life, an individual problem needing an individual solution. And so women learn to adapt their behaviour and movements, habitually limiting their own freedom in order to prevent, avoid, ignore, and ultimately (like their mothers) dismiss.

It wears you down

As experiences start to accumulate in their own lives, women reinterpret the responses to their childhood experiences as an act of care – a passing down of knowledge from one generation to the next, as one of my interviewees explained:

I think that’s why I probably remember the first time so well, because it was like this horrible thing that happened to me and I have something to say about it, but from then on, slowly over time, it’s become more and more normal, just part of life, your daily routine as my mum said to me. She knew.

Though I was talking to women about public space, successive reports have shown these experiences follow women across all areas of their lives. They follow young women into school, where almost 60% faced some form of sexual harassment in 2014. They follow women to university, where close to 70% experience sexual harassment. And, as recent events have reaffirmed, they follow women into the workplace. Not to mention the levels of sexual violence and assault that many women experience from men in their homes. All of which act to reinforce the very messages that prevent us from speaking. It must be about us because it keeps happening to us. And what happens just to us, doesn’t really matter.

This helps explain why women are actually coming forward to talk about their experiences now. The revelations about sexual harassment embedded in some of the core institutions around which we operate, from Hollywood to Westminister, have helped challenge the individualisation and dismissal that have typified responses to harassment since childhood. We are getting a different message: that sexual harassment is an individual manifestation of a structural problem. And structural problems have structural solutions. Now we need to shift the focus of our questions from why women are speaking up, to why are they only now being heard.