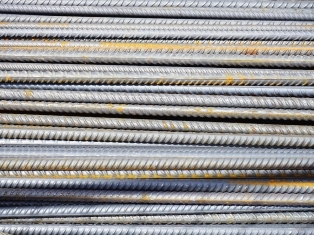 "We are continuing to act, when necessary, against unfair trading conditions in the steel sector, and against foreign dumping"

China’s hold over the international steel market is pretty clear. It produces half the world’s steel and in 2015, finished imports from China to the EU were up 140% on 2013. Imports now account for a quarter of the EU market, and at the same time, prices for a range of major EU product classes have collapsed.

This trend, replicated to differing degrees worldwide, has led to accusations in the US and elsewhere that China is selling its steel at a loss, or more accurately in this case, keeping costs artificially low so that other producers cannot compete, in a practice widely known as “dumping”.

In the EU, tariffs have dented Chinese imports but it’s a bit like plugging one leak only to find another. Chinese imports are replaced by products from places like Iran, Russia and Ukraine. Imports from Iran have increased almost tenfold since 2012. The EU has numerous trade defence measures on other nations, and not just on a range of Chinese steel products.

In the UK, imports are also on the up. According to UK trade association UK Steel, imports accounted for 60% of UK demand in 2015, up from 57% in 2012. Chinese steel imports accounted for 11% of 2015 UK steel demand, up from 2% in 2011. UK imports from the EU remain twice as high as from the rest of the world, but no one can escape downward pricing pressure from such a huge player.

The World Trade Organisation defines dumping as state interference in the market: protection leading to subsidised exports at prices below real market costs. Specifically, dumping occurs when a country’s average export price over time is less than a reasonable price for the same product when sold at home. This characterisation of dumping is based on market prices rather than production costs – UK Steel contends this is unrepresentative.

Why would China be dumping steel? Well, the European trade body, Eurofer, estimates that China’s excess production – what it makes beyond the level of domestic demand – is as much as double total EU demand. In short, it has a lot to sell. Eurofer also believes that China exports steel at below production costs. According to UK Steel, Chinese producers lose US$34 on every tonne produced. International steel trade associations also believe that China sells below its normal domestic price and cost. One consultant, Think!Desk, has argued that due largely to coke and labour costs, the production costs of a typical Chinese steel factory are marginally (€30 per tonne) less than those of European producers. As China, however, imports around half its iron ore, this advantage is outweighed by shipping costs.

The analysis concludes that compared to the EU, the cost base of Chinese steel benefits from preferential treatment on tax arrangements, bank loans, land use rights, environmental standards, import substitution subsidies and grants and unpaid dividends.

In short, Chinese steel may not possess a “natural” cost advantage, but does operate at artificially depressed costs levels. In other words, China is dumping steel.

But the issue of dumping is not simply technical and legal; it is political and ideological. International trade associations argue that state intervention in China’s steel industry leads to massive oversupply and damages global market discipline. The demand is made that China relinquishes state ownership and control of its steel industry: a dramatic call, unlikely to be heeded.

And for all the protests in the UK, the irony is that British steel workers would likely support a form of Chinese-style intervention as part of an industrial strategy to reinvigorate the prospects for British steel.

The author is absolutely right that the issue of dumping is political and ideological, not simply technical and legal. At issue is the conceptualisation of dumping – does it relate to selling below production costs or below market prices?

In this article, the definition of dumping as “keeping costs artificially low so that other producers cannot compete” raises the thorny question of what a “natural” production cost would be and how it would be defined. The other option, to define dumping as “when a country’s average export price over time is less than a reasonable price for the same product when sold at home”, rests on the nebulous definition of “reasonable”.

Markets are always political constructions, so there is no natural market price to use as a reference point. Countries and companies always have strategies in mind for product pricing. So when this piece arrives at the conclusion that China is indeed dumping steel, we should consider whether Beijing (or Tehran, or Moscow…) is simply setting steel prices at a level which harries the competition and drives trade its way, much like major capitalist enterprises do the world over when they seek to compete and enhance market share.