Do schools in the North East of England under-perform? 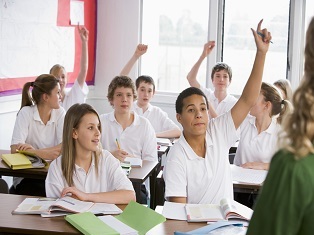 The Northern Powerhouse Partnership has recommended that ‘urgent attention’ must be given to improving education in the North of England. Professor Stephen Gorard from the School of Education looks at the evidence for the North East.

Since at least the 1990s, it has been relatively common for policy-makers, commentators and even academics to use differences in school-level attainment between geographical regions of the UK to claim that the lower attaining region is somehow underperforming.

No allowance is made for differences in school intakes, levels of relative poverty, or usually even the prior attainment of students. When these differences are factored in, or a comparison is made with similar regions in terms of school intakes, the differences disappear. But the pattern of abusing raw-score regional figures continues.

This pattern of abusing raw-score figures can be distressing for schools, staff, pupils and families. It can lead to wasteful or even harmful attempted solutions.

For example, there might be claims that it is somehow the students’ fault because they are not aspirational enough despite clear evidence that high aspirations are relatively common and un-stratified in schools. Perhaps such attitudinal causes are proposed because they would then have cheap solutions.

But these solutions do not work. It is not, like the X Factor, simply a question of wanting ‘it’ more.

And yet when the North East Challenge was proposed no funding was offered by government. Even the otherwise excellent Pupil Premium funding that follows disadvantaged pupils to their schools is ‘unfairly’ distributed between rich and poor areas. In proportion to population, Middlesbrough, for example, is eligible for about the same Pupil Premium funding as Kensington and Chelsea – despite these areas having markedly different school intakes.

The north and south of England are similar in many ways and there are high-attaining pupils everywhere, but there are bigger pockets of long-standing disadvantage in the north – of a kind that is well-known to be linked with lower average attainment at school.

In the same way, two schools may be similar in some respects according to official data such as the percentage of pupils eligible for free school meals (FSM). But they could be very different in reality – with one school having mostly pupils eligible for that year only and the other having pupils who had been officially classified as poor for their entire school career.

Putting these factors into a regression model to predict results, I used capped GCSE or equivalent point scores as the outcomes variable for each of the 600k pupils in England 2015. The predictors were pupil background variables such as sex, FSM status, first language, ethnicity, and precise age in year, and prior attainment at Key Stage 1 (when they were aged 7).

This explained or predicted just over 65 per cent of the variation in outcomes – with prior attainment, as ever, the single strongest predictor.

I then added whether the pupil was at school in one of the ten local authorities in the North East. The variation predicted remained at 65 per cent.

Do schools and colleges in the North East of England perform worse with equivalent students? No.

So let’s not start by blaming the schools, teachers, students or families involved.