Earworms: why some songs get stuck in our heads 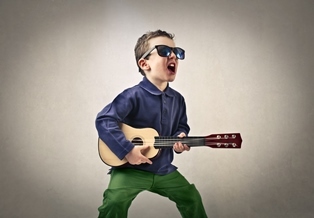 Music psychologist Dr Kelly Jakubowski investigates the features that may increase the likelihood of a particular piece of music becoming an earworm.

Having a song stuck in one’s head, known as an earworm, is an experience that over 90% of us have on a regular basis. In the last 10 years or so, researchers have begun to investigate this phenomenon, exploring such topics as how the earworm experience varies depending on one’s personality traits and how to get rid of an unwanted earworm. This research has revealed a variety of important results, but one question remains that has still not been entirely answered: how do songs get into our heads in the first place?

There are a variety of reasons why a song might appear as an earworm that have little to do with the music itself. For instance, survey research has indicated that earworms are commonly attributed to the recent or repeated hearing of a song. Some participants in this study also reported earworms triggered by memory associations, such as a word or image that reminded them of the lyrics to a song – I’ve had this experience several times on hearing the word “umbrella”.

Additionally, we know that mood can have an impact, with some people reporting that they always get the same earworm when they are stressed, or people experiencing a fast-tempo earworm when they are in a very alert mood. And of course familiarity with a song is a key contributor. Songs that you don’t know very well are less likely to pop up as earworms, possibly because earworm tunes need to be learnt to a high level in order for the brain to be able to replay them spontaneously without deliberate effort.

What about the music?

Despite this variety of extra-musical factors, the common anecdotal belief that certain features of the music itself could make a song more “catchy” or prone to getting stuck in one’s head had not yet been addressed in detail by researchers. But research that I have recently published with my colleagues Daniel Müllensiefen, Sebastian Funnel, and Lauren Stewart represents the first large-scale study to specifically investigate the musical features that might increase the “earworminess” of a piece of music.

In this study, we surveyed 3,000 people and asked them what songs they most frequently experienced as earworms. From this, we were able to develop a list of the “top-named earworm” tunes from the years 2010-2013 (when the survey was conducted). This particular study focused exclusively on pop music, although we hope in future to extend this work to include other genres. The list is as follows:

Once we had this list of top earworms, we took the top 100 earworm tunes and created a comparable set of 100 tunes that had never been named as earworms by our survey participants. We made sure our non-earworm tunes were by similar artists and had achieved similar popularity, as measured by the UK music charts, since we know that recent hearing and familiarity with a song can have an influence on whether it becomes an earworm. So, for instance, Bad Romance by Lady Gaga was matched to Just Dance – another popular Lady Gaga song that was not named as an earworm in the survey by anyone.

We found three melodic features to be key in predicting whether a song had been named as an earworm:

So why should we care about what makes some songs stick in our heads more than others?

Research on earworms can help to inform us about how and why our brains spend up to 40% of our days thinking thoughts that are unrelated to our present task at hand. Ongoing research is investigating whether earworms might serve any functional purpose in our lives, such as helping us to memorise newly learnt music or regulating our moods throughout the day.

Research into the causes and “cures” for earworms may also have clinical applications in helping people experiencing conditions known as “musical obsessions” or “musical hallucinations” to prevent or alleviate particularly problematic instances of imagined tunes.

And perhaps in the future, these factors could be of use to aspiring songwriters looking to create the perfect earworm song.