Why helium is vital for medicine 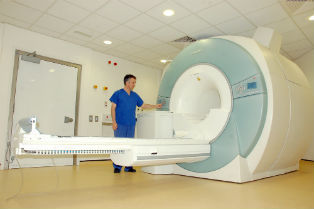 Professor Jon Gluyas from the Department of Earth Sciences explains why the recent discovery of a helium gas field is good news for medicine.

Helium is in short supply and it’s more than just the sellers of party balloons who should worry. This rare element is critical to medicine where ultra-low-temperature liquid helium is used to cool the superconducting magnets in MRI scanners. About a third of all produced helium is used in these medical instruments with industrial applications using up most of the rest.

The entire helium industry relies on production of the gas from just 14 sites worldwide, with around 40% coming from the US and lesser quantities from Algeria, Qatar and Russia. The growth of medical cryogenics and industrial uses has caused a dramatic imbalance between supply and demand.

Helium occurs naturally in the Earth’s crust and it has occasionally been encountered when companies have drilled for petroleum gas. Even then, it is present in very low concentrations (often less than 1% of the total gas). Perhaps surprisingly, no helium source has ever been found on purpose – until now. A new large discovery of helium has recently been made in Tanzania. We don’t yet know for sure how much we have found, but there is no doubt that it is globally significant. What’s more, we found it on purpose.

The discovery in Tanzania in late 2015, has been reported now following a thorough analysis of the gases collected. It was the culmination of my quest, which began 1999, while working in the petroleum industry.

I was reading a development plan for a gas discovery in Asia, when I spotted the gas analyses reported small quantities of helium at around 0.25%. Even in 1999, helium was rather valuable and I estimated that, over the course of a year, the field would produce more helium than was used in Asia.

The helium in the Asian field was never captured and commercialised and I wondered how many similar unrecognised helium discoveries had been made and why there seemed to be no published evidence that any helium had been found on purpose. It was only ever found when searching for petroleum gas.

I moved from industry to academia and the challenge began. I developed a strategy for helium exploration. The strategy mimics that used in the search for petroleum gas. To find helium, it is necessary to understand the sources of helium on the Earth, how that source becomes mature and releases the helium, and how the helium migrates and eventually accumulates in a geological trap.

My skills alone were insufficient to answer these questions, so I joined forces with Chris Ballentine, a geochemist at the University of Oxford.

Research began. The logistics of finding and sampling helium producing wells was fraught, but with help from a couple of companies in the US we were able to sample and analyse the produced gases for both their chemistry and isotopic composition – varieties of the elements with the same chemistry but differing atomic masses. We built up an understanding of how helium is produced from the natural decay of uranium and thorium and how the helium escapes from the minerals to eventually become a gas accumulation trapped beneath the surface of the Earth.

Two of the key findings were that we needed truly ancient rocks and a geologically recent heating event. The East African Rift was recognised as a primary candidate for exploration when serendipity intervened. Helium-One, a start-up company, had seen our published work. They had also speculatively taken out licences in Tanzania based on old exploration reports of possible helium seepage. Exploration began and Pete Barry, a post-doc from our team, led the expedition to sample the gases naturally bubbling from the ground. Not only did we find abundant helium but at concentrations of up to 10%, some 30 times greater than most commercial producing fields.

We estimate that the current discovery alone could supply enough helium to fill 1m MRI scanners and we have hardly begun to explore the Rift. Tanzania could become one of the world’s premier producers of helium and perhaps the medics and other industrial users of this precious gas can breath a sigh of relief.

This article was originally published on The Conversation.