Should McCann Twitter abuser have been doorstepped on TV? 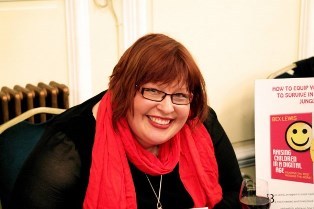 Following the death of a woman accused of internet abuse, Bex Lewis questions how we handle people who express unpalatable views online.

Should McCann Twitter abuser have been doorstepped on TV?

Brenda Leyland, a 63-year old woman from Leicestershire who had been accused of publishing a stream of internet abuse about the family of missing child Madeleine McCann, has been found dead in a hotel room.

Her death raises important questions about the wrongs and rights of how we handle people who express unpalatable views online.

Leyland had been exposed in a Sky News report as the person behind the Twitter account @sweepyface, which had been used to post offensive messages about the McCanns. These included the accusation that Madeleine’s parents were responsible for her disappearance. When confronted by a Sky News reporter about whether she should have posted such messages, Leyland said: “I’m entitled to do that.”

Days before Leyland’s death, BBC Radio 4 ran a story about how the police were investigating abusive social media messages sent to, or published about, the McCanns. Madeleine’s father Gerry McCann featured, suggesting that these messages are fuelled by press reporting. He added that he thinks more people should be charged for internet abuse and revealed that his family tends to avoid the internet because of the nature of threats and insults they receive.

For obvious reasons, the McCanns had encouraged a high-profile press campaign after Madeleine’s disappearance. But without answers about what happened to Madeleine, conspiracy theories have abounded. Brenda Leyland was one of many to discuss the McCann case online. As Rev Pam Smith, one of my Facebook connections said, are we really saying that people are not “entitled” to share adverse views online?

Leyland said she “hoped she hadn’t broken any laws”, but the Malicious Communications Act 1988, which covers Twitter, notes that it is an offence to send messages to another person which are “indecent or grossly offensive”, threatening or false. If the message is intended to cause distress or anxiety to the recipient, they breach the law.

We have to consider whether Sky has a case to answer in this particular situation too though. The broadcaster’s correspondent approached Mrs Leyland on her own doorstep in a live broadcast. She evidently had no idea that she was going to be confronted or that the footage would be broadcast to the world.

Whether or not we like what Leyland had been doing, she was clearly just one of several people who had been expressing their opinions online. She was certainly not the worst. Is doorstepping people, outing them on TV, and ensuring that their face circulates the internet, really the answer? Had Sky done any research into this woman before they put her face in the public domain? Did they know anything about her mental state? Did she just have the misfortune to be the first person who could be made an example of?

Her case carried echoes of the recent media treatment of Cliff Richard. The BBC was heavily rapped for broadcasting live from his home as police raided it. The police of course need to investigate such stories but it is a worrying sign of our culture that trial by media and even trial by gossip appear to have become acceptable.

Media ethics are typically concerned with truthfulness, accuracy, objectivity, impartiality, fairness, public accountability and limitation of harm. After the Leveson inquiry, there has been increased emphasis on press responsibility. But in a time of rapid media change and fast-moving news, broadcasters must ensure they too meet their ethical responsibilities.