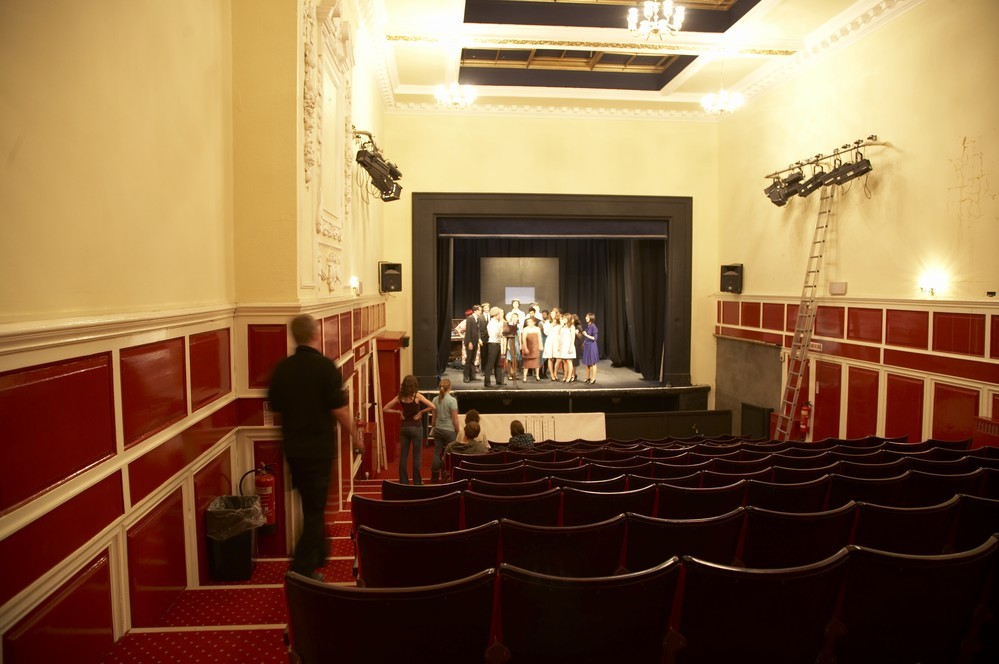 Inside The Assembly Rooms

Durham University has announced plans for a £2.4 million redevelopment of one the city’s historic and much-loved theatres – The Assembly Rooms. The renovation comes as part of the University’s Estates Masterplan.

The redevelopment will help to make parts of the 220-seat venue more accessible to wheelchair users and people with prams and buggies, restore the 150 year old theatre’s original ceiling, and refurbish its Box Office area. The renovated playhouse will also include improvements to the workshop, dressing room, and toilet facilities.

Durham University’s Director of Experience Durham, Quentin Sloper, said: “The Assembly Rooms is a beacon of creativity and performance – not just for Durham students and staff, but for people across the city, county, region, and beyond. I’m delighted to announce this investment, which will make this popular and iconic local venue even better.

“This £2.4 million investment shows just how serious we are about ensuring that Durham University is market leading in student theatre.”

The Assembly Rooms was first built in 1869 and served as the city’s first cinema, before Durham University acquired the site in 1930. Outside of term time, the theatre accommodates professional touring companies as well as a number of stand-up and sketch comedy groups that perform throughout the year.

For the rest of the year, the venue is home to Durham Student Theatre, which includes 26 different theatre companies, producing and performing nearly 100 shows each year – making Durham one of the largest student theatre scenes in the country.

The announcement of the proposed £2.4 million redevelopment coincides with the 2018 National Student Drama Festival.

This year as many as four of the Festival’s 16 featured shows will be produced and performed by Durham students, despite the University – whose theatrical alumni include hit-show Peaky Blinders’ Charlotte Riley, and Alex McQueen from The Inbetweeners – not offering drama or theatre studies among its academic studies programme.

The Assembly Rooms and Durham University are also calling on generous local residents to donate to a joint crowd-funding effort to raise an extra £300,000, which will pay for additional improvements to the building, including a café and bar area for patrons.

Sloper continued: “We want to see the Assembly Rooms become an even better venue but we can’t do it all alone. That’s why we’re calling on local residents and generous supporters to give what they can so, together, we can maintain and improve this beautiful and historic venue.”

More information and contact details can be found at www.theassemblyroomstheatre.org.