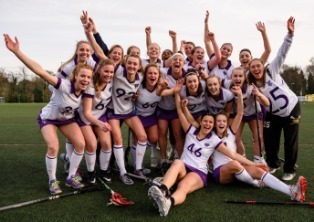 Stunning performances by Durham’s sports teams have led the University to victory in as many as 13 national finals in this year’s acclaimed British Universities & Colleges Sports (BUCS) Championships.

“One of our key targets is to be Britain’s Number 1 Team Sport University and we secured that status for the fourth year in succession. It’s easy to take success for granted but, in truth, it gets harder each year. We won so many close contests including penalty flicks and tiebreak shoot-outs!

“Our students yet again demonstrated their resilience and ability to deliver under pressure and that is one of the many reasons why we should be celebrating the success. The memories our students have made and the life lessons they have learnt will remain with them for years to come.”

“The BUCS Finals constitutes the climax of the season and it was great to see so many alumni and parents supporting our teams. I cannot praise our coaches and support staff enough - they work tirelessly to enable our students to maximise their potential and yesterday yet again proved that the work really does pay off.”

Durham prides itself on a longstanding tradition of sporting prowess and achievement and had a record-breaking 18 teams in the ‘Big Wednesday’ Championship Finals in what proved to be a historic day for the University.

“I have no doubt that many of our student athletes will be better prepared for the next phase of their lives because of the experiences they have had over the last few weeks and months.”