Ms Raya Al-khatib, a Saudi national, graduated from Durham Law School in 2009. Women lawyers were not allowed to practise in Saudi Arabia at the time as they were not officially recognised by the Saudi Ministry of Justice. A few months ago, the Ministry of Justice finally gave in and started accepting applications from qualified women (women with Bachelors in Law and three years work experience, women with LLMs and one year work experience - women with PhDs needed no work experience) with the first batch of licenses issued last month (4 women were licensed) and the second batch issued this month (3 women, Raya among them). She received her license on 21 November 2013. This is a milestone in Saudi women’s history, where women’s rights are often overlooked and seldom defended. We are very proud for her to be part of this historical change and congratulate her on this fantastic achievement. 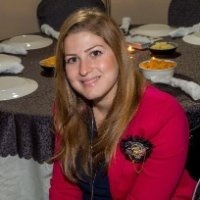