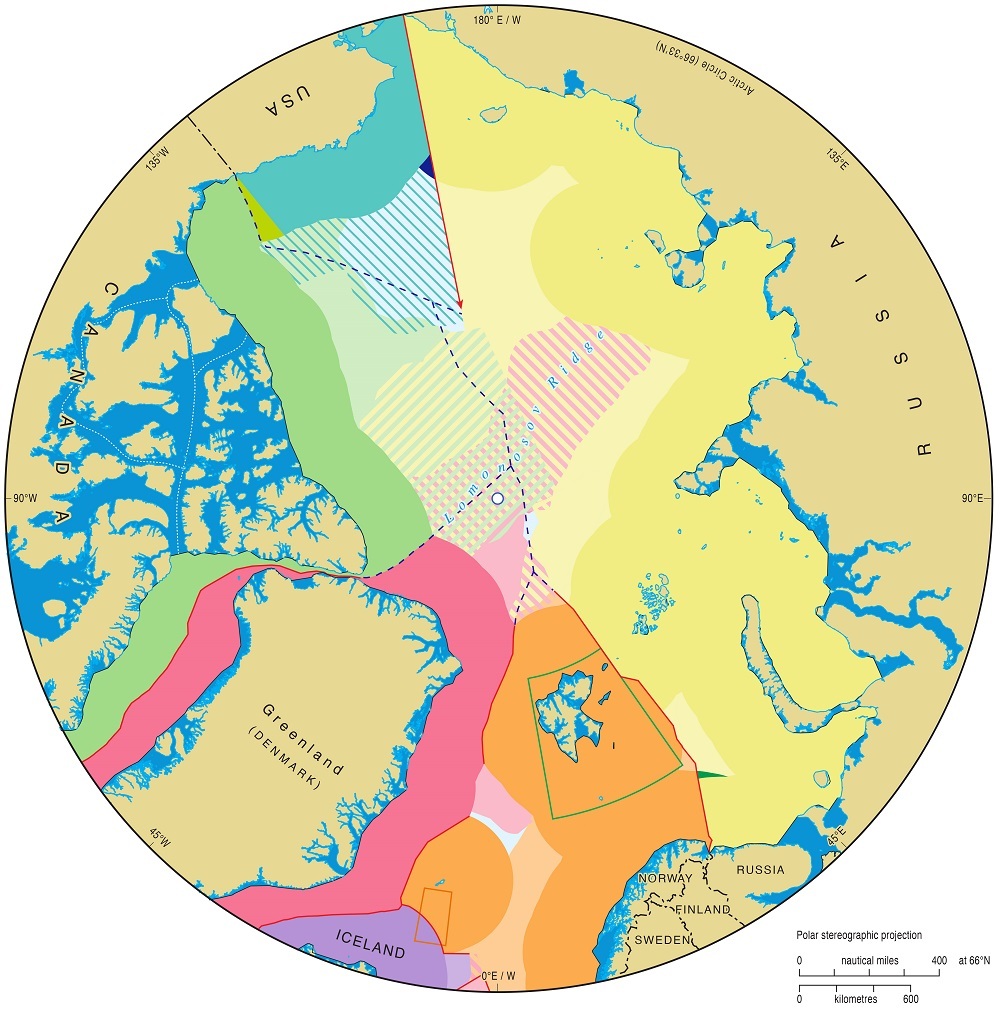 Notwithstanding occasional acts of political posturing as well as media accounts of an ongoing “scramble” for the Arctic, states are asserting jurisdiction over maritime areas in the Arctic region according to the process set out in the 1982 United Nations Convention on the Law of the Sea (UNCLOS). This involves submitting to the Commission on the Limits of the Continental Shelf (CLCS) detailed geological and bathymetric data for areas of the continental shelf more than 200 nautical miles from coastal baselines. Norway's and Iceland’s submissions were the subject of CLCS recommendations in 2009 and 2016, respectively. Russia’s 2015 submission, including new March 2021 addenda, significantly extend the Russian continental shelf (a revision of its original 2001 submission) and is under review by the CLCS, while Denmark’s 2014 submission and Canada’s 2019 submission await review. The USA, although not a party to UNCLOS, continues to gather data in preparation for a submission to the CLCS.

IBRU's 'Arctic Maps' series identifies areas covered by CLCS recommendations, state submissions, and hypothetical state submissions, as well as other maritime jurisdictional zones north of the Arctic Circle. Comments and questions concerning the maps should be sent to ibru@durham.ac.uk.

The maps are subject to copyright and if you wish to use the maps in any way, permission must be requested. Please refer to our Terms of Use. 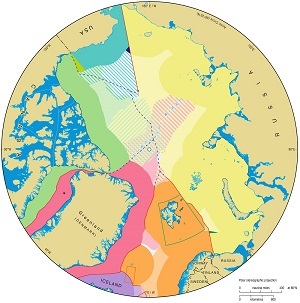 Maritime jurisdiction and boundaries in the Arctic region

This is the original IBRU Arctic map, first released in 2008 and revised several times since. States’ submissions to the Commission on the Limits of the Continental Shelf (CLCS) regarding their extended continental shelves are presented in the context of a range of other maritime zones. The map presents a comprehensive view of CLCS recommendations (for Iceland and Norway), submissions that are pending CLCS action (for Canada, Denmark, and Russia), and the hypothetical extent of a U.S. submission. Additionally, the map indicates internal waters, territorial seas, and exclusive economic zones for each of the Arctic coastal states, as well as special areas within exclusive economic zones and the one area in the Arctic Ocean where there is an unresolved maritime boundary (in the Beaufort Sea, between the USA and Canada). Accompanying briefing notes detail the history and legal status of the various zones portrayed on the map. 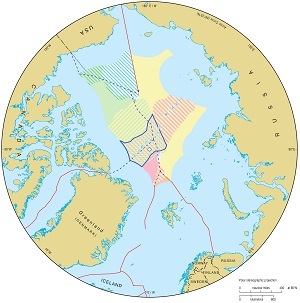 This simplified version of our main ‘Maritime Jurisdiction and Boundaries’ map focuses solely on states’ extended continental shelves in the Central Arctic Ocean, where media attention on the geopolitics of Arctic governance has been concentrated. 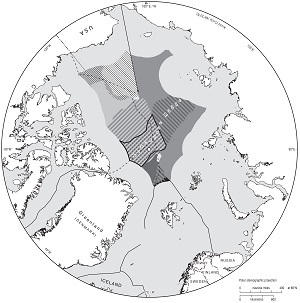 This map is recommended for users who require grey-scale (black and white) format. Other than being in grey-scale, this map is identical to the colour version of the ‘Continental shelf submissions in the Central Arctic Ocean’ map 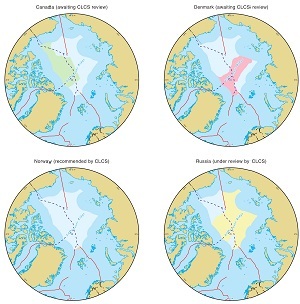 Individual maps showing the claims of Canada, Denmark, Norway, Russia and the United States of America 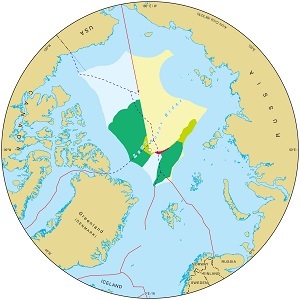 Russia’s initial filing with the Commission on the Limits of the Continental Shelf, made in 2001, was the first submission received by the CLCS and was returned to Russia for lack of supporting evidence. In 2015, Russia submitted a revised filing and in March 2021 submitted addenda to the 2015 revision. This map indicates the differences in area between the submissions.