The Spratly Islands Dispute: Who's on First? 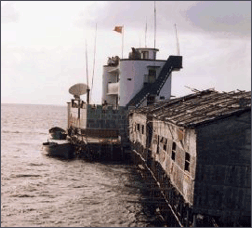 The Spratly Islands, scattered over a UK-sized area of the South China Sea, are the most contested real estate in the world. This Briefing by one of the world's leading experts on this dispute, analyses the claims of Brunei, China, Malaysia, the Philippines, Taiwan, and Vietnam, and describes how those claims have been reinforced by island-hopping, conducting marine research, fishing, and contracting with multinational oil companies. The study emphasises legal positions and political developments since 1990, including the 1995 PRC occupation of Mischief Reef — the 44th outpost to be taken by one of the claimants.

The author argues that none of the claimants demonstrates clear title. China, Taiwan, and Vietnam assert strong claims, but Vietnam's position is weakened by its 1958 recognition of Chinese sovereignty. Although the contesting countries have begun preliminary negotiations and adopted confidence-building measures, the author believes that a settlement in the Spratlys is unlikely until well into the twenty-first century.