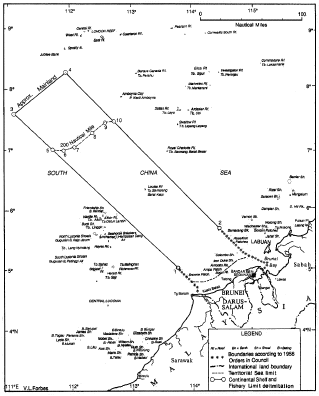 This Briefing analyses an issue which has been widely neglected in international law, namely the land and maritime claims of the Southeast Asian Sultanate of Brunei Darussalam towards its only territorial neighbour, Malaysia. There are two areas of dispute between the two countries: the first concerns land claims originating from the colonial period which, if decided in Brunei's favour, would affect the maritime zones in Brunei Bay; the second involves overlapping maritime areas in the South China Sea. Since both governments refuse to discuss the details of their competing claims, Dr Haller-Trost's meticulously researched study represents a major contribution to our understanding of the Brunei-Malaysia disputes.

The Briefing provides a detailed historical overview of Brunei's land and maritime claims, together with an analysis of the status of the disputes in the context of current international law and the prospects for their eventual resolution.