War and Peace on the Danube: The Evolution of the Croatia-Serbia Boundary 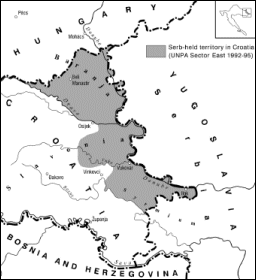 The Croatia-Serbia border was the scene of some of the most intense fighting that accompanied the disintegration of communist Yugoslavia in 1991.This Briefing offers a historical overview of the evolution of the Croatia-Serbia boundary, detailing events in Eastern Slavonia between 1991 and 2001. The authors examine the success of UN efforts to defuse ethnic and nationalist tensions, and bring about dispute resolution through the peaceful reintegration of Eastern Slavonia into Croatia. Events in the region in the aftermath of the UN's withdrawal are also studied to identify remaining points of dispute, explore the prospects for the region and analyze whether and how new borderland regional identities are being forged in Eastern Slavonia. In addition, the authors outline the prospects for the emergence of a borderlands identity in the region.

Including detailed maps and colour images, this Briefing is essential for understanding the historical and political aspects of the Croatia-Serbia boundary specifically, as well as the variety of complications associated with a meandering river boundary.