The Evolution of the Egypt-Israel Boundary: From Colonial Foundations to Peaceful Borders 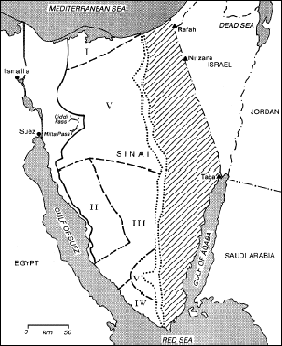 The formation of the present Egyptian-Israeli border has taken place over a period of almost 80 years during which four wars have been fought between Israel and Egypt themselves, as well as two world wars involving the colonial powers which formerly ruled Egypt and Israel/Palestine. The final border line thus reflects three major factors:

This Briefing is divided into two main parts. The first part examines the development of the border between 1906 and 1948. The second deals with developments in the period 1949 to 1982 and the 'cold peace' which developed along the boundary thereafter. In addition, a special section is devoted to the Taba dispute and its settlement.