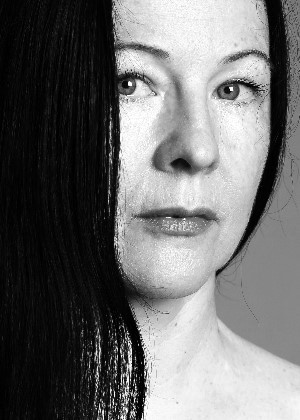 Sarah Danays is an internationally exhibited sculptor and photographer whose work is inspired by gesture and antiquities – notably broken ones. Her practice involves extensive research into an object’s history and context to develop new interpretations for significant museum pieces and to inform the “treatment” of broken objects from her own collection. This practice she describes as her “metaphysical surgery.” Danays graduated with a Joint Honors Degree in Fine Art and Art History from Camberwell College of Art in 1993 and had her first solo show at the Adams Gallery, London, in 1995. In 2003 she gained an MA in Textiles as Contemporary Art Practice from Goldsmiths University and later went on to study Stone Carving for Contemporary Sculptors at City & Guilds, London. During this time - 2007 - she was shortlisted in Le Prix de la Sculpture Noilly Prat as one of the UK’s top five emerging sculptors. In 2010 she relocated to Los Angeles and in 2013 was awarded a scholarship by the Los Angeles Art Association with her first LA solo show ‘Golden Bough’ opening at Robert Berman Gallery in 2014. In 2016 the artist collaborated with Classicist Professor Anthony Corbeill and Dr Susan Walker, formerly of the Ashmolean and British Museums. The concluding installation ‘Sarah Danays’ Arms of the Portland Vase’ followed an exhibition by Sir Peter Blake which together marked the opening of the new Portland Collection at the Harley Gallery, Nottinghamshire. While, on the other side of the Atlantic, her work was housed at the Museum of Art and History, California, for the ‘British Invasion’ - a retrospective of the best of British artists working of out California since the 60s, spearheaded by David Hockney. In 2017 Danays was invited to co-host an alabaster workshop for academics with Dr Kim Woods at The Courtauld Institute of Art, London, and later appointed Sculptor in Residence for Birmingham and Nottingham Universities’ Medieval music and alabaster sculpture research project. This in conjunction with Nottingham Castle Museum and Art Galleries, who in the same year acquired the sculpture ‘Bluebird’ (2012) for their permanent collection with a V&A Purchase Grant. The year concluded with her photography and sculpture shown at the Pacific Design Center, Los Angeles; and ‘Stigmata’ - with its photographic counterpart – (2009/13) selected for 2018 exhibition in the Crypts of the Medici, Basilica di San Lorenzo, Florence.

The sculpture ‘Saint Katherine’ (2019), the latest piece in the artist’s ‘Arms of the Martyrs’ series, referenced and completed a damaged Medieval alabaster panel from the V&A’s archives. These and ‘Tourniquet’ (2007) feature in the aforementioned project’s scholarly insert for the Binchois Consort/University of Birmingham’s ‘Music for Saint Katherine of Alexandria’ CD, released to critical acclaim on Hyperion Records in 2019.

Continuing to work with scholars, academic institutions, museums and galleries, the artist’s forthcoming Institute of Advanced Study Fellowship (2020/21) in collaboration with Ludmilla Jordanova, Emeritus Professor of History and Visual Culture, is the first to be supported by the University’s Centre for Visual Arts and Culture. Danays’ Fellowship is to dovetail into an Artist Residency to develop a new body of work entitled ‘Uterine Dreams’. The resulting scholarly research; catalogue essays; photography and sculpture – marble and alabaster worked with hand tools - will be hosted by Van Mildert College and go on show in the Spring of 2021, in association with the Oriental Museum.

Public Lecture - Apollo Lies Weeping: on the Broken Dreams of Gods and Infidels 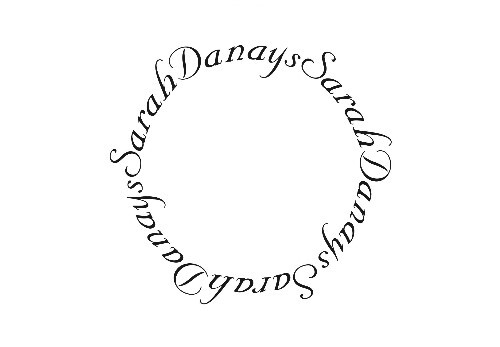