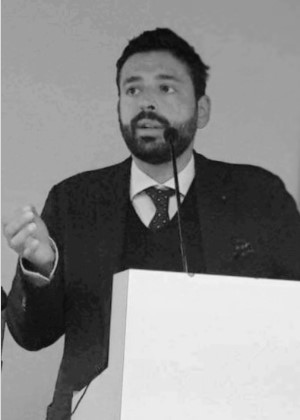 Armando D’Agostino obtained his medical degree from the Università degli Studi di Milano in Milan, Italy in 2007. In the following years, he continued training in the same institution and registered as specialist in Psychiatry in 2012, before obtaining a PhD in Physiology in 2015.

The following year, he was appointed Clinical Research Fellow for the same University’s Department of Health Sciences, where he teaches courses covering clinical psychiatry and neuroscience of mental disorders to undergraduate students and residents. During this time, he supervised over thirty trainees and supported them in the development of their scientific projects and final course dissertations.

Dr. D’Agostino’s research is closely interlaced with his clinical work at the “ASST Santi Paolo e Carlo” San Paolo University Hospital's Department of Mental Health and Addiction in Milan. His main research interests include the biological underpinnings of psychosis and mood disorders, and their relationship with sleep neurophysiology. He has published extensively on related topics, including sleep oscillatory activity in schizophrenia, chronotherapeutic approaches for depression, and the relationship between psychosis and dreaming.

Public Lecture - Such Stuff as Psychoses are Made On?

From Dreams to Sleep Oscillatory Activity in Psychosis