Dr Caroline Petit is an assistant professor in Classics & Ancient History at the University of Warwick. A classicist with special interest in ancient medical texts, especially Galen and the Galenic corpus, she was trained in classical philology and French literature in Paris-Sorbonne and completed her Doctoral thesis at the same university in 2004. Since 2000 she has taught Classics, ancient history and the history of medicine at the universities of Paris-Sorbonne (Paris IV), Exeter and Manchester where she held Wellcome Trust research fellowships.

Before joining Warwick in October 2012, Dr Caroline Petit also held a honorary fellowship at the Wellcome Centre for the History of Medicine at UCL and a research fellowship at the Institute of Classical Studies, London. She was a visiting scholar at Johns Hopkins University (2017) and Utrecht university (2018). Dr Caroline Petit is also an associate member of the Centre for the Study of the Renaissance at Warwick, and the Discipline Representative for Medicine and Science at the Renaissance Society of America (2018-2021).

Dr Petit has been a Principal Investigator on two research projects in recent years. As a Wellcome Trust University Award Holder (2013-2018), she ran a project on ‘Medical Prognosis in Late Antiquity’. Among other outcomes, she will publish the first critical edition of several medical texts currently attributed to Galen, but arising from late antique medical teaching. Another project, 'Rethinking Ancient Pharmacology' (BA-Leverhulme 2017-2019) explores the multifaceted treatise On Simple Drugs by Galen, a cornerstone of ancient and medieval pharmacology. Following a successful conference at the British School in Rome in September 2017, she is now working with collaborators Dr Matteo Martelli and Dr Lucia Raggetti on publishing the proceedings with the Archives Internationales d’Histoire des Sciences, and on various other outputs.

In the past she has been involved as a translator in various projects such as an anthology of black bile (with Patrick Dandrey), the works of a 17th c. stand-up comedian, Bruscambille (with Hugh Roberts and Annette Tomarken) and the history of Hermogenes’ spurious Progymnasmata (with Mike Edwards).

During her IAS Fellowship Dr Petit will contribute to the research project, Science, Society and Environmental Change in the First Millennium CE, led by Dr Helen Foxhall Forbes (History) and Dr Karen Milek (Archaeology). She will bring her expertise in the history of ancient medicine and its afterlife to the project, coving intellectual and scientific response to environmental changes. One of the important ways in which she will contribute is the breadth of her knowledge across the whole of the first millennium CE: she offers unparalleled knowledge and expertise on the scientific and medical works produced within the Mediterranean, near East and North Africa in this period, and this will allow the project team to explore a wide range of different kinds of text which can be combined with other kinds of evidence for responses to climate and the natural environment in the past, such as archaeological and physical evidence.

IAS Fellow's Public Lecture - Rhetoric and medicine, from antiquity to the Renaissance

Ever since Plato, medicine and rhetoric have been considered consubstantial of each other and a source of endless comparative discussion. In an age where persuasion (of peers, of the patients, of the public) was critical to a successful medical practice, rhetoric offered precious resources to help physicians build a career and promote theses. In this lecture, Dr Caroline Petit will focus on the foundational role of ancient doctors, particularly Galen, in the development of medical literature. She will then examine some evidence of reappropriation of ancient tropes in early modern medicine, and revisit the notion of ‘medical humanism’, to illuminate continuities and changes in the enduring marriage of rhetoric and medicine.

Map – Stephenson College is denoted as building No.63 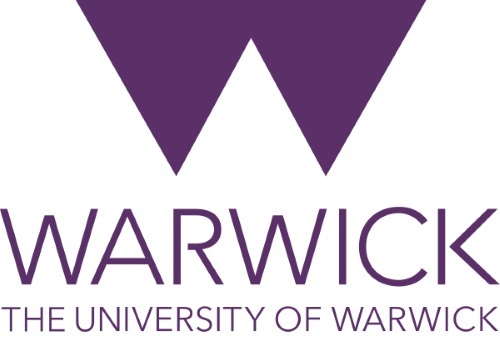