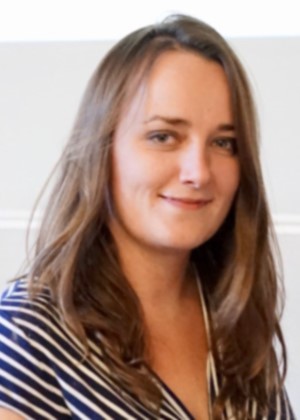 Alexandra Carr is an international, scientific, experimental artist working on a wide range of interdisciplinary projects in partnership with MIT, Oxford University and Durham University. The work makes responses to a range of natural processes and phenomena, from magnetism, light, ice structures and dark matter. Her practice involves collaboration with experts and world leading researchers including chemists, cosmologists and theoretical physicists. The work is experimental in nature and includes installation, sculpture, kinetic works, drawing, photography and video. Of particular focus is the boundary between art, science and technology.

Studying at Central Saint Martins and Camberwell College of Art she has gone on to exhibit work at the Fondation Cartier in Paris, in collaboration with Jean-Paul Gaultier, commissioned work from seminal musicians Radiohead, and was shortlisted for the Arts@CERN COLLIDE International Award 2016 and longlisted for the Aesthetica Art Prize 2017 and 2018.

She frequently exhibits and works internationally. By invitation of Verket Museum in Sweden, she produced a site specific, magnetic sculpture that received critical acclaim. She spent six months at the artists’ collective HEIMA, in Seyðisfjörður, Iceland, as an artist in residence and mentor. She serves as a mentor at University of the Arts London and collaborates with the National Glass Centre and the Ordered Universe project.

Alexandra Carr was awarded a Leverhulme funded residency in Durham 2017 titled ‘Sculpting with Light’, investigating medieval and modern cosmology in collaboration with physicists, historians and cosmologists. A number of installations, drawings and videos emerged from the residency, including Empyrean, a glass sculpture depicting the medieval cosmos that was exhibited at the Dante exhibition at Palace Green Library and was subsequently longlisted for the Aesthetica Art Prize 2018.

She has presented papers at Oxford and Durham Universities and MIT as well as taking part in panel discussions.

Current collaborations include a project with a physicist and digital glass artist exploring a new hybrid language to visualise mathematics, and a project based at Oxford University exploring metamers, light spectra and materials development.

Alexandra Carr is currently Artist in Residence at Josephine Butler College working on a project titled Axis Mundi, using natural materials and phase changes in order to make comment on natural phenomena, our environment and relationship to the material world. Work in progress includes fog installations and living sculptures.

Through a manipulation of natural phenomena as media and by challenging our perception of our environment, Carr provokes change in the object and the viewer’s perspective in order to open a window into a world unknown.

At first glance, Alexandra Carr’s aesthetic is elegant and sedate. On closer inspection, a subtle order and mechanism becomes apparent. She generates a slow drawing in of the audience, not to view an image, or a moment, but to observe change over time. A single, crucial moment of change highlights the threshold of order to chaos where both states may exist at once.

The IAS sponsored project, Material Imagination, is a fitting research companion for Alexandra Carr’s exploration into the boundaries of liminal states. Rather than respond to scientific investigation, she aims to push the material possibilities within a fine art context by provoking new lines of questioning at the experimental scientific research stage. The shift towards an open, innovative, collaborative exchange between the arts and sciences is timely; never before has the intersection of the two fields been so fruitful and full of potential.

Art science collaborations are becoming increasingly prominent, the new media field is exploding, and data driven, interactive artworks are more at home in museums and galleries than ever before. We are in the age of interdisciplinary research and hybrid arts.

Artists have always experimented with media and form, and with the wealth of investigative paths that emerging technologies and material science offer, it is fair to say that some works of art seem more akin to scientific experiment than sculpture.

The success of experiential and immersive art, allows artists to experiment with duration and ephemeral works.Alexandra will explain her process and conceptual methodology of using natural phenomena as media to challenge perception through kinetic and transient works.

By exploring the use of magnetism, scent, weather, sound, light, growth and phase changes, this lecture presents the myriad ways artists have pushed the boundaries of material as time-based media to make comment on the themes of liminality, materiality, transience and impermanence.

Please listen to the lecture in full.

Map – Calman Learning Centre is denoted as building No. 43 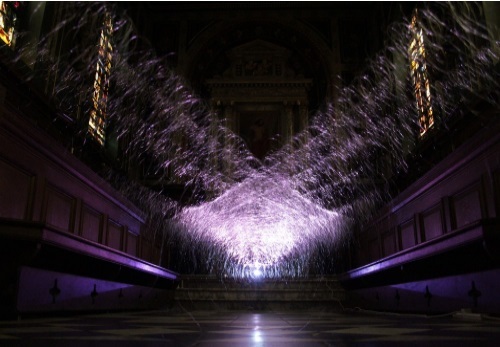