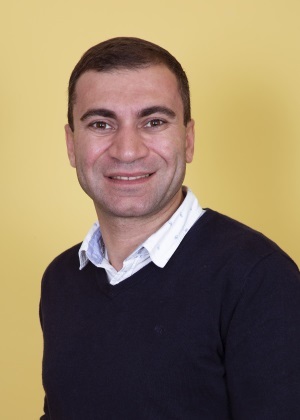 Dr Elshan (El) Abdullayev is a researcher at the French-Azerbaijani University in Baku, Azerbaijan. He researches clay minerals, their chemical composition and the geochemistry of the sediments from the lacustrine and marine basin.

Dr Abdullayev graduated with a bachelor’s degree in hydrogeology and engineering geology from the Azerbaijan State Oil Academy in 2005. He received his master’s degree in sedimentology from the same University in 2010. Previously, Dr Abdullayev worked as a geologist at the State Oil Company of Azerbaijan Republic from 2006-2011. In October 2011, Dr Abdullayev began his PhD at the University of Leipzig, Germany. During his PhD, which he received in 2015, he investigated clay minerals assemblages, non-clay mineral composition and biogeochemistry of the Lower Pliocene sediments from the western South Caspian Basin. The aim of this research was to reconstruct past climate in the adjacent land of the Caspian Basin during the Lower Pliocene time. He has published papers focused on provenance and climatic reconstruction, which mainly focus on clay minerals, which form during chemical and physical weathering in the western South Caspian Basin in the Early Pliocene.

In 2019 he assumed the role of Geophysic Specialty Coordinator at the French-Azerbaijani University (UFAZ) in Baku. Between 2015 – 2019, Dr Abdullayev was a researcher at the Acad. H. Aliyev Institute of Geography, Azerbaijan National Academy of Science. In 2016-2017, he undertook a postdoctoral project at Muğla Sıtkı Koçman University. He investigated major oxides and inorganic geochemistry of the Plio-Pleistocene sediments from the western South Caspian Basin. The aim of this research was to reconstruct reconnections of the Black Sea and the Caspian Sea from that time. The reconnection of the Black Sea and the Caspian Sea is a topic of debate given there are several hypotheses. Since 2018, Dr Abdullayev has collaborated with Dr Andre Baldermann from the Institute of Applied Geoscience, at Graz University of Technology, Austria on the investigation of geochemical processes in the Miocene Eaten Paratethys Sea. He also was a DAAD Fellow at the University of Greifswald, Germany where he researched mineralogy, major elements and trace elements to understand geochemical processes in the Miocene Eastern Paratethys Sea basin. Mineralogical and inorganic geochemical research of the sediments from the different environments (lacustrine and marine) gave him the opportunity to understand the properties of clay minerals in greater depth.

Dr Abdullayev will take part in the IAS sponsored project “Antibacterial Clay Therapy” led by Dr Gary Sharples (Biosciences) and Dr Kimberley Jamie (Sociology), along with IAS Fellows Professor Hailiang Dong (University of Florida), and Professor Kevin Rosso (Pacific Northwest National Laboratory). One aspect of the project focusses on investigating clay minerals from Baku, Azerbaijan, and to investigate the mineralogical and chemical composition of the clay minerals to specifically understand under what conditions the clay minerals form, and its antibacterial efficacy assessed against representative bacterial species.

Public Lecture - Origin of clay minerals and their perspectives

Clays have been used since prehistoric times, for example for the fabrication of ceramics. Today, clays find numerous technological and industrial applications.

Clay minerals are fine-grained material, which become pliable when they interact with water. The minerals comprise silica, alumina, water and also iron, alkalis and alkaline earth elements. Clay minerals belong to phllosilcates and are divided into several groups based on their properties: the kaolin and serpentine groups, the talc and pyrophyllite groups, the expandable smectite and vermiculite groups, the illite group, the chlorite group, and the sepiolite-palygorskite. The earth mineral evolution is divided into 3 eras and 10 stages. Clay mineral formation began at stage 3, at the earliest part of the Hadean Eon due to alternation of ultramafic and basaltic rocks.

Depending upon their chemical and physical properties, clay minerals can be applied to different areas. Investigation of clay mineral-water interaction is important to all aspects of geology, water science, soil science, geotechnical engineering, geomorphology, seismology, astrobiology and atmospheric science. Due to the high surface charges originating from isomorphous substitution in the crystal lattice, and from the presence of pH dependent surface edges or broken bond sites, clay minerals can absorb positively charged ions and organic components on their surface. In addition, some chemical elements in clay minerals can be potential sources of nutrients for bacteria. Clay mineral-bacteria interaction can play a major role in formation of new minerals. Such properties of clay minerals can also be used in some internal and external medical treatment.

Clay minerals are also good indicators for the study of past climatic conditions and sea level changes. 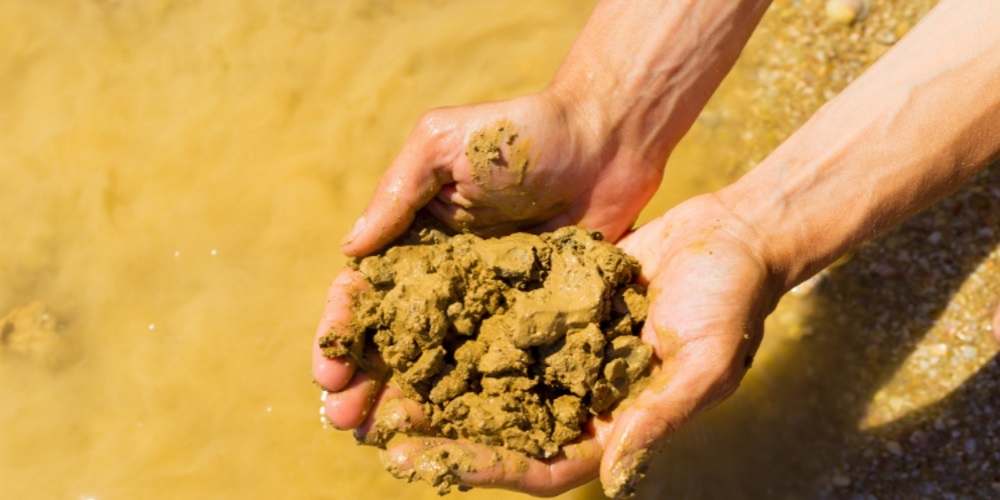