In comparison to other places I’m familiar with, the current system at the IAS Durham stands out as ideal. Its great virtue is flexibility. 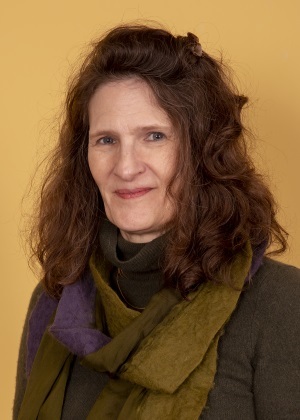 Michèle Lowrie is the Andrew W. Mellon Professor of Classics and the College at the University of Chicago. She began teaching at New York University in 1990 after receiving her doctorate in the Classics at Harvard University and moved to Chicago in 2009. Her research examines the formative role of Roman literature in shaping political thought from the first beginnings of Latin letters up to our own day. She has a special interest in bringing greater awareness to the consequences of Roman figurations – the Vergil citations on the Great Seal of the United States, the discourses of security and conventional tropes of civil war – that continue to haunt modernity.

Her earlier work established a strong formalist base to her research. Horace’s Narrative Odes (Oxford University Press, 1997) shows how the narrative fragmentation of lyric poetry tells the story of the Roman civil wars indirectly and conveys the fragility of the subsequent attempts at recovery. Writing, Performance, and Authority in Augustan Rome (Oxford 2009), analyzes how the major Augustan poets writing across genres understand the relation of poetry’s media of production to the text’s ability or failure to partake of social and political power. More recently, in a volume, Exemplarity and Singularity: Thinking through Particulars in Philosophy, Literature, and Law (co-edited with Susanne Lüdemann, Routledge 2015) she focuses on the rhetorical shape and inheritance of the Roman system of exemplary thinking. Running through her writings is an interest in how the formal properties of language condition the ideological burden expressed and queried.

She comes to Durham with a National Endowment of the Humanities Fellowship to finish a book called Security: A Roman Metaphor. In it, she argues that the transfer of securitas from its original meaning “peace of mind,” first attested in Cicero’s philosophical works, to an attribute of the Roman Empire nearly a century later, implies and occludes a latent metaphor. The body politic, a commonly recognized metaphor, has what she calls a “soul political.” Over the course of the collapse of the Roman Republic and emergence of monarchical organization in the Roman Empire, the emperor comes to embody this collective soul. Dr Amy Russell’s “We the People” project will give ample scope to try out these ideas.

Recent honors include fellowships at the Research Center, Cultural Theory and Theory of the Political Imaginary, at the University of Konstanz (2010-11) and the American Academy in Berlin (2016). She has been collaborating with Barbara Vinken, Professor of Romance Literatures and Comparative Literature at the Ludwig Maximilians University of Munich, on a book provisionally entitled Civil War and the Collapse of the Social Bond: The Roman Tradition at the Heart of the Modern, in multiple shorter visits to their Institute for Advanced Studies (2012, 2013, 2014, 2018). She gave the Gray Lectures at Cambridge, Spring 2018, with material selected from the security project.

Between the time of Cicero and the early Imperial period, the Latin securitas shifted from meaning “peace of mind” in a strictly psychological sense to something approaching our modern “national security” when it becomes an attribute of the Roman Empire. This lecture explores how this shift affected changing conceptions of leadership at the transition from Republic to Empire. Etymologically, securitas negates cura, care in the sense of both worry and tending, but paradoxically, tending is needed to assuage worry, so the word undoes itself from within. Vergil speaks to anxieties about leadership during the Augustan period through Dido and Aeneas, models of caring leaders who either destroy themselves or set their states on a precarious foundation. The ambivalence about care and security expressed in the Aeneid is formative for later Imperial ideology, which enshrines the caring emperor as the center of power, but also holds him accountable for the Empire’s security under the threat of assassination.