Everything was close to ideal in terms of scholarship, opportunities for reflection, and intellectual interactions. 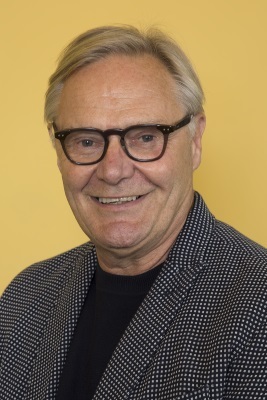 
Robert Wood is Professor of Organizational Psychology at the University of New South Wales and Director of the Centre for Ethical Leadership at Ormond College, University of Melbourne. His research across a range of topics, including goal setting, feedback, task complexity, leadership, diversity and inclusion, and ethical decision making, is linked by the theme of human adaptability and the question of “what personal and situational factors determine responses to adaptive tasks characterized by novelty, diversity, immediacy, conflict, dynamism or complexity?”, "Why do some people embrace adaptive challenges while others retreat through avoidance, rejection and defensiveness"? His work has examined individual and team responses to adaptive challenges and is currently exploring leadership as a mechanism for creating team contexts that convert individual adaptive capabilities into an adaptive culture. He completed his doctoral research at the University of Washington and undertook post-doctoral studies at Stanford University Psychology department with Albert Bandura, the architect of social cognitive theory.

Professor Wood is a leading international psychological scholar whose research in the area of social cognitive theory has made many significant contributions across a range of disciplines, including system dynamics, management, education, accounting and information technology. His contributions have been recognized by many different awards and Fellowships. Most recently he is the recipient of The Jay Wright Forrester Award, which is presented no more than once annually for the best contribution to the field of System Dynamics during the preceding five years. He won this highly prestigious award in collaboration with his colleague Shayne Gary for their 2011 paper 'Mental models, decision rules, and performance heterogeneity' (Strategic Management Journal 32 (6)). He and his co-authors also received the 2016 Georgia Babladelis award, for the best paper published in Psychology of Women Quarterly (Impact Factor 2.4), for the paper 'The Impact of Harmful Workplace Behaviors on Women’s Occupational Wellbeing: A Meta-Analysis', which was co-authored with post-doctoral fellow Victor Sojo and PhD student Anna Genat.

He has been elected as a Fellow of several academic associations, including the American Psychological Association (APA), the International Association of Applied Psychologists (IAAP), the Academy of the Social Sciences Australian (ASSA), and the Australian and New Zealand Academy of Management (ANZAM). He has served on the executive committees of ANZAM and IAAP.

He is co-developer of the ABC’s online brain training program Active Memory, (which he is studying under his ARC Discovery Project Grant “Development of cognitive functions in adult populations” with Damian Birney and Klaude Thomas). He has also co-developed Cognicity Laboratory and Cognicity Academies, on line assessment tools and programs, that have been licensed to over 20 leading commercial and government organizations to train staff in adaptive thinking processes, unconscious biases and strategies for adaptive problem solving.

Professor Wood, with Dr Nadin Beckmann and Professor Jens Beckmann at Durham University, is currently studying the role of personality in human adaptability. Their approach reconceptualizes personality to incorporate the dynamic relationships between situations and responses in units of personality known as TCUPs, for Task Contingent Units of Personality. TCUPs model variability previously treated as random error by personality researchers using traits. Professor Wood and colleagues have shown how TCUPs for conscientiousness, a key trait in personality theory, vary between individuals and predict adaptive performance, over and above cognitive ability and traits.

Personality, along with intelligence, is one of the big ideas of psychology. For many people, scientists and lay, both constructs describe fixed characteristics. Personality traits, like stereotypes, are a set of labels that enable us to categorize, understand, explain and predict human behavior. But people change over time and they behave differently from one situation to the next, and labels that describe fixed characteristics do not do a very good job of explaining or predicting behavior. Personality explores the meaning of structure and process in the study of behavior, emotions and cognitions and the implications for the study of personality. An alternative view of personality is that of orderliness in the processes that underpin changes and variance in behavior, emotions and cognitions. Until recently, this view has been adopted in clinical case studies of individuals and developmental psychology. More recently, quantitative approaches have been used to study the patterns of orderliness in individual change and variations in behavior, emotions and cognitions by linking them to the properties of situations. An integrated perspective of personality that enables us to bring together these fixed, development and situational characteristics will be presented and the value this new approach might add to the accepted view of personality will be discussed.