The general setup is marvellous and allows for extended periods of productive and focused work. Such ‘platonic heavens’ are becoming rare and I was very privileged to have been granted entry. 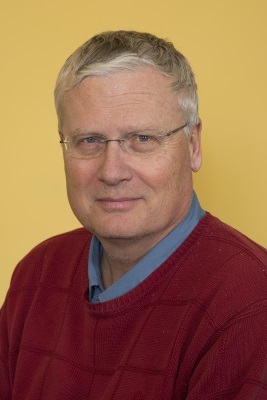 
Thomas Vogt is Director of the Nano Center, an Educational Foundation Distinguished Professor in the Department of Chemistry and Biochemistry and adjunct faculty in the Department of Philosophy at the University of South Carolina. After receiving a PhD in Chemistry from the University of Tübingen in Germany in 1987 he worked as a scientist at the Institute Laue-Langevin in Grenoble France from 1988-1992 and Brookhaven National Laboratory from 1995-2005. Since 2005 he is at the University of South Carolina. In his research he has developed and used neutron, x-ray and electron diffraction and imaging techniques to explore structure-property relationships in materials. He is also interested in philosophical, ethical and societal implications of science and technology in particular problems relating to the emergence of chemical concepts. Structural concepts such as chemical bonds, bond valence and electronegativity which emerge in condensed matter are important issues in the philosophy of chemistry. Professor Vogt is author of more than 300 peer reviewed papers and a Fellow of the American Physical Society and the American Association for the Advancement of Science.

Over the past decade he has explored structures of complex materials using aberration-corrected scanning transmission electron microscopy (STEM). This work was recognized by a highly competitive seed grant from the National Academies Keck Futures Initiative. An important emphasis in this work is the development of new methodologies in theoretical image simulation and modelling such as super-resolution techniques, special de-noising methods, the application of mathematical and statistical learning theory, and compressed sensing and is summarized in a recently published book entitled “Modelling Nanoscale Imaging in Electron Microscopy”. This book was the result of three annual interdisciplinary meetings involving electron microscopy specialists, mathematicians, physicists and philosophers.

Periodic structures have been imaged using high-resolution electron microscopy for over half a century but interfaces, surfaces, interstitials and defects, which are of fundamental importance for a material’s properties were difficult to characterize. Aberration-corrected STEM is currently changing this and revolutionizing imaging at the nanoscale.

A recent collaboration with Dr Ivana Evans (Department of Chemistry, Durham University) set out to determine the detailed structure of a high-temperature ionic conductor using STEM imaging and compare it to the average structure obtained from high-resolution synchrotron x-ray and neutron scattering. Particular challenges arise from the disorder and small number of interstitials. Direct imaging of such defect structures is unprecedented, and the results will appear in a publication in the near future.

While imaging materials in real space is intuitively appealing to many structural scientists there are pitfalls we need to be aware of. In particular we need to be very mindful of our tendency to “image and imagine structure” which is well documented in the cognitive sciences. Recognizing structure, shape and form is one of the earliest tasks our brain excels at. Solid state chemistry, condensed matter physics and materials science are areas where “pictures” play an important, sometimes heuristic role. It is therefore vital to develop an iconoclastic culture as “the human mind gives way reluctantly when empirical observations curtail perceptual preference” (Anonymous).

The concept of atomic structure and structure-property correlations are central to chemistry. However, the arduous and contorted historical paths from ancient atomism to our current paradigm of structure at the atomic level reveals philosophical and scientific projects where atomism was used with little or no experimental basis. Current structural language at the atomic scale was created by scientific revolutions as new paradigms emerged often driven by the development of new experimental techniques and periods during which paradigms were created and conserved with weak or no experimental evidence. Professor Thomas Vogt will discuss examples from the history of chemistry of both explanatory modes and argue for a scientific pragmatism and pluralism.