I found it valuable to interact with scholars from various disciplines. The interdisciplinary experience was highly rewarding. 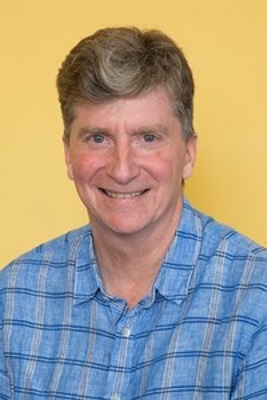 
William (Bill) Forde Thompson is a Professor in Psychology at Macquarie University, Sydney, Australia. He received his Bachelor of Science in 1979 from McGill University, Montreal, and his PhD in 1986 from Queen’s University, Canada, where he worked on perceptual aspects of voicing and tonality in Bach Chorales. Currently, he is Director (and founder) of the Centre for Elite Performance, Expertise and Training, Chief Investigator of the Australian Research Council (ARC) Centre of Excellence in Cognition and its Disorders, and Director of the Music, Sound and Performance Lab. He is former Head of the Psychology Department at Macquarie University (for which he won the Executive Dean’s Service Award), and has served previously as the Chair of the Psychology Department, York University, Canada, and Director of Communication, Culture and Information Technology at the University of Toronto, Canada.

Professor Thompson has served professionally as President of the North American Society for Music Perception and Cognition; President of the Asia-Pacific Society for the Cognition of Music; and President of the Australian Music Psychology Society. He is an Elected Fellow of the Association for Psychological Science, Editor of the Sage Encyclopedia of Music in the Social and Behavioral Sciences (2014, 2 volumes), former editor of the journal Empirical Musicology Review, and current Associate Editor for the journals Quarterly Journal of Experimental Psychology and Music Perception. He has over 140 publications, including his 2014 book, Music, Thought, and Feeling: Understanding the Psychology of Music, 2nd edition, Oxford University Press. His research has been cited some 5,000 times. As well as his extensive experience supervising undergraduate research projects, he has acted as primary or associate supervisor for 36 post-graduate students and 14 post-doctoral researchers. In the past 10 years, he has raised roughly $1.6 million in research grants, and was part of the team that raised $21 million for the ARC Centre of Excellence in Cognition and its Disorders.

His current research is focused on understanding the role of music for atypical and outlier communities, including individuals with neurological impairment, fans of alternative and violent music, and diaspora populations. His planned research at the Durham IAS will investigate how musical structure is tagged to cultural identity in diaspora populations. Working together with Tuomas Eerola and Martin Clayton, he will identify culturally significant samples of music from Chile and Syria and compile a musical corpus that carries cultural meaning for members of these diaspora groups.

The team will investigate the capacity for and potency of these musical fragments, called musical morphemes, to: (1) trigger autobiographical memories; (2) strengthen aspects of cultural identity. Autobiographical memories will be elicited using procedures adopted in other studies of music-evoked autobiographical memory (MEAMs). Identity and associated memories will be elicited and assessed using the “IAM” task, wherein participants generate a series of statements each beginning with “I am”, rate their personal significance, and provide associated memories or other elaborations of their most significant or telling statements. The approach will be to conduct quantitative and ethnographic investigations of the effects of homeland music versus other (unfamiliar or adopted home) genres of music on memory, identity, social cohesion, mood, wellbeing, and adjustment.

Throughout history and in all known human cultures, music has been used to promote health and wellbeing. Until recently, however, there has virtually no scientific research, let alone understanding, of the mechanisms by which music can have therapeutic health benefits. In this talk, Professor Thompson will review current uses of music as a treatment for neurological disorders that often affect the elderly: Parkinson’s disease, stroke, and dementia. He will argue that music can be understood as a combination therapy that interacts with neurological disorders on multiple levels of function, allowing patients to circumvent their impairments, affecting neurochemical systems and stimulating processes of brain plasticity that can lead to recovery of function.