The Fellowship was an incredible opportunity. My intellectual horizons were broadened and deepened from conversations with and hearing lectures by my colleagues at the Institute. 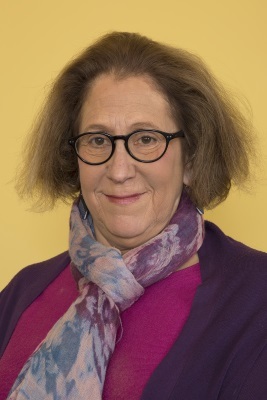 Professor Risman has developed a theory of gender as a social structure where gender is not an identity but it is a social structure that has consequences for the individual, for interactional expectations, for cultural logics and the organisation of all social institutions. She argues that gender is embedded in the individual, interactional and macro levels of analysis. Just as every society has a political structure, so too, every society has a gender structure (Risman, 1998, Risman 2004, Risman and Davis, 2013, Risman, Forthcoming).

Professor Risman’s empirical work has always been in articulation with theory development. Her first book, Gender Vertigo (Yale, 1998) illustrated her theoretical argument with studies of gender relations within American families. She published about gender and families in a variety of journals including Gender & Society, Journal of Marriage and the Family, Annual Review of Sociology, Sex Roles, American Sociological Review, Signs, and Journal of Family Theory.

In her forthcoming book Where The Millennials Will Take Us: A New Generation Transforms the Gender Structure (Oxford University Press, 2017) Professor Risman revises her theoretical framework to explicitly address how cultural meanings can be differentiated from the material dimension at each level of the gender structure. She then illustrates this with qualitative life history data from interviews with more than a hundred adults. She suggests that one innovation new to Millennials is the imagination of an identity between the sex binary. Whether this de-stabilizes the gender structure is an open question. During her Fellowship, Professor Risman will continue her current interdisciplinary project which questions whether the gender structure must be dismantled for equality between the sexes or whether it is possible to remove hierarchy and leave only symbolic sex differentiation.

Other recent work includes a new edition of her textbook, Families As They Really Are (Norton 2015 co-edited with Virginia Rutter), and research on college student’s sexual and romantic practices published in Social Science Research, Sociological Perspectives, Sociological Inquiry and Social Currents (with co-authors Rachel Allison, Tim Adkins, Paula England and Jesse Ford), and an article titled Feminists Wrestle with Testosterone (with Shannon Davis) published in Social Science Research. Professor Risman is a public intellectual whose editorials have appeared in the Chicago Tribune, on CNN.com, and the Huffington Post. She has been widely quoted in the press including in the Economist, LA Times, New York Times, and the Atlantic.

IAS Fellow's Public Lecture - Where Will the Millennials Take Us? A New Generation Wrestles with the Gender Structure

This lecture offers a framework for understanding what gender means beyond merely a person’s identity. Professor Risman will present her theoretical framework for analyzing gender as a social structure introducing a set of revisions to the original argument. She identifies how gender as a social structure shapes individuals, interactional expectations and the macro level or organizational design and ideology. Professor.Risman identifies the material and cultural aspects of the gender structure and show why it matters to differentiate them. Professor Risman uses this theoretical perspective to help understand the strategies American Millennials use to negotiate the gender structure. The data presented are data based on life history interviews with a majority minority gender diverse sample of urban Millennials from the Chicago area. A major theme is the diversity among this generation: Millennials can vary from being “true believers” in essential gender differences to rebelling against gender categories themselves. Gender remains a constraining stratification system for today’s young adults. The lecture ends with a call for a fourth wave of feminism that goes beyond eradicating sexism to ending gender as a social structure itself. Professor Risman argues a truly just world requires a post-gender social structure.

Listen to Barbara's recent podcast at King's College Oxford about her new book, Where the Millennials Will Take Us: A New Generation Wrestles with the Gender Structure.

Additional recent podcasts including Millennials & Gender from Monday 19 March 2018 can be found at: www.barbararisman.com

Risman, B.J (2018) Where the Millennials Will Take Us: a new generation wrestles with the gender structure. Oxford: Oxford University Press.