While the stay at IAS Durham has been most productive in every respect, it has also been an invaluable experience that I will cherish for the rest of my life. This goes for the experience of working together with and becoming friends with distinguished colleagues at the historic site of Cosin’s Hall and equally, becoming an active part of college life at Hatfield College was a most rewarding experience, as was taking part in college life more broadly. 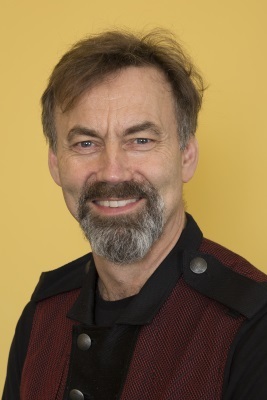 
Sverre Raffnsøe is Professor of Philosophy at Copenhagen Business School and editor-in-chief of Foucault Studies. Since 2008, he has been PI of three major externally funded four-year research programs (in total £2m), designed to foster interdisciplinary collaboration: Management of Self-management; Well-being, Self-leadership and Productivity; The Human Turn. His educational background is in philosophy and comparative literature; he has been visiting professor at the Danish Institute of Advanced Studies in the Humanities, the former Danish University of Education and Linköping University; and he is a partner in the international Research Network Trust and Risk in Literature, funded by the Danish Council for Independent Research.

Professor Raffnsøe is the author of books and articles on aesthetics, social philosophy, management and governance, critical and cultural theory, and recent French and German philosophy. A privileged research focus has been the structure and the structuring of societal reality. In 2002 he was awarded Dr. habil. for the dissertation Coexistence without common sense I-III (937 p.), aiming to articulate the nature of the current social bond. Equally, the examination of the genesis and impact of historical, yet still binding, normative structures was crucial in Nietzsches “Genealogie der Moral” (Fink 2007, 160 p.). For the last three years, the notion and the articulation of social structures have further played a pivotal role in publications in journals such as Organization, International Journal of Philosophy and Theology, Outlines, Organization Studies, Management & Organizational History, Ephemera, and Journal of Political Power. A structural approach to the analysis of social relations - and to the understanding of power, gift giving and anticipatory affects, such as trust and hope – is for example developed in: “Beyond Rule: trust and power as capacities” and “Foucault’s dispositive.” This approach was also applied within a structural analysis of processes of management, learning, value creation and creativity in “Learning to stay ahead of time” & “Søren Kierkegaard.” In particular, the articulation of an ongoing structuration forms a privileged starting point for social analysis, philosophical analytics and meditation in the monograph Michel Foucault. Philosophy as Diagnosis of the Present (Palgrave 2016, 511 p.). A relational approach to the human factor is equally present in two recent books on the Anthropocene: The Human Turn (CBS 2013, 118 p.) & Philosophy of the Anthropocene (Palgrave 2016, 96 p.).

At the IAS, Professor Raffnsøe plans to continue his study of social structures and structuring. He investigates the Foucauldian notion of the “dispositive” as a key motif in Foucault’s thought and a methodological approach. A relational and dispositional approach to the human factor will be further developed in a monograph contracted with Routledge Managing Motivation: the human turn in management thought. The aim is to articulate a structuring which has come into being socially and has a prescriptive effect, yet in such a manner that this relational structure reveals a certain tendency or disposition towards particular kinds of social outcome and thus leaves room for freedom and ongoing further temporal development.

The Anthropocene is heralded as a new epoch distinguishing itself from all foregoing eons in the history of the Earth. It is characterized by the overarching importance of the human species in a number of respects, but also by the recognition of human dependence and precariousness. A critical human turn affecting the human condition is still in the process of arriving in the wake of an initial Copernican Revolution and Kant’s ensuing second Copernican Counter-revolution.

Within this landscape, issues concerning the human - its finitude, responsiveness, responsibility, maturity, auto-affection and relationship to itself - appear rephrased and re-accentuated as decisive probing questions. Concomitantly, the change has ramifications for the kinds of knowledge that can be acquired concerning human beings and for philosophical anthropology as a study of human existential beings in the world.

Sverre Raffnsøe is Professor of Philosophy at Copenhagen Business School and Editor-in-chief of Foucault Studies. In addition to Michel Foucault. A Research Companion. Philosophy as Diagnosis of the Present (Palgrave 2016), and Philosophy of the Anthropocene. The Human Turn (Palgrave 2016), he is the author and editor of books and articles on aesthetics, social philosophy and recent French and German philosophy.