Through the interdisciplinary mix and intense discussions I learnt more about the way how to present my own research to colleagues from other disciplines. 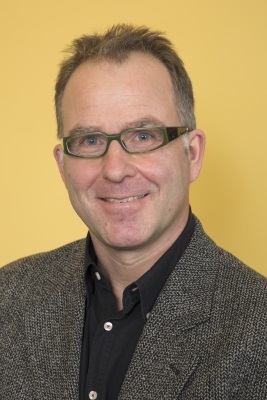 
Pascal Nicklas is a literary scholar working on Empirical Aesthetics in the Institute for Microscopic Anatomy and Neurobiology at the University Medical Center of Johannes Gutenberg University, Mainz. The main focus of his research has been for a number of years the structure of adaptations. Any adaptation – be it biological or cultural – involves a structural transformation. In a work of art, this change depends on contexts and has its own medium-specificity. On the side of the recipient, recognizing an adaptation as an adaptation depends on specific pieces of information (e.g. knowing the ‘original’ work) and perceptual mechanisms for identifying the new work as a repetition (with a difference). His research group in Mainz uses the complete spectrum of empirical aesthetic research methods ranging from questionnaires and online studies to the physiology lab and fMRI.

One of the most important aims has been a wider understanding of what adaptations are: there has been work on intercultural functions leading to a collection of essays edited together with Oliver Lindner: Adaptation and Cultural Appropriation. (de Gruyter, 2012). The focus on media, politics and culture produced a special issue of the journal Adaptation (OUP) together with Eckart Voigts dealing with Adaptation, Transmedia Storytelling and Participatory Culture (6.2, 2013). With Dan Hassler-Forest, Dr Nicklas edited a volume on Politics of Adaptation. Media Convergence and Ideology (Palgrave Macmillan, 2015). The empirical and neuro-scientific turn in his work on literature and culture has led to an interest in the cognitive poetics of literary adaptation looking into the structure and poetics of repetition: (Neuro)-Aesthetics of Adaptation and the History of Rhetoric (co-authored with Arthur M. Jacobs) Special Issue: Situated Cognition and the Study of Culture edited by Ellen Spolsky, Sowon Park and Ben Morgan. Poetics Today (38.2, 2017).

Dr Nicklas is Research Group Leader at the Institute for Microscopic Anatomy and Neurobiology, where he is also Privatdozent at the Faculty of Philosophy and Philology teaching Comparative and English Literature. After his studies in Frankfurt, Durham and Paris, Dr Nicklas took his PhD on 18th century literature in Frankfurt before moving on to Leipzig University to do his habilitation in Comparative and English Literature on metamorphoses in science and literature. He worked in Leipzig as an assistant professor and associate professor. He also taught in Potsdam, Berlin (Humboldt), Vienna and Bayreuth. His interest in Adaptation Studies got him into the research field of Empirical Aesthetics. He is a member of the Research Focus of Media Convergence, the Research Centre on Translational Neurosciences, and the German Resilience Centre Mainz. He is co-operating closely with researchers in Frankfurt, Utrecht, Oxford and Berlin, particularly with the psychology Department of the Free University Berlin.

Currently, he is working on structures of Deep Reading and Resilience. This new project continues his interest in adaptation because resilience is an effect of adaptation. At the same time, this research opens up new avenues into the understanding of the cognitive-affective perception and processing of aesthetically pleasing rhetorical and poetical structures.

IAS Fellow's Public Lecture - The Same With a Difference: adaptation between transformation and persistence of structure

‘Adaptation’ describes in nature and culture both a process and a product. The concept is extremely helpful in the sciences and the humanities alike. It is a key term – some argue that it is the most important one – in evolutionary bio­logy and it is used in epigenetics, metabolism, biochemistry and neu­ro­bio­logy alike to describe the change of structures which entails a ‘beneficial’ structural change. These adaptations occur, in opposition to adaptations in the cultural sphere, unintentionally. There is no subject that wills this change and designs the new structure which comes out of the adjusting alte­ration. Adaptations in the media, the arts, music or literature are a creative strategy with a wide range of intentions on the side of producer, artist, composer or writer and with as many different ways of perceiving this on the side of the consumer or recipient.
In this lecture Dr Pascal Nicklas will look at the different concepts in the sciences and the humanities of adapting structures and how they can be mutually enlightening. We will see that the precarious balance between conserving old structures and innovative adjustment is one of the central aspects of adaptation which is probably the most important mode of creation and imagination in culture. For the recipient adaptation can also be a source of considerable pleasure because the act of perceiving an adaptation as an adaptation seems to employ modes of memory, pattern recognition and learning which are very elementary in cognitive-affective terms and stimulating the reward system.