The IAS Fellowship is a rare example of a fully functioning university structure designed to foster rewarding, collegiate, interdisciplinary and immersive scholarship. It has been a total privilege to be a Fellow of the IAS 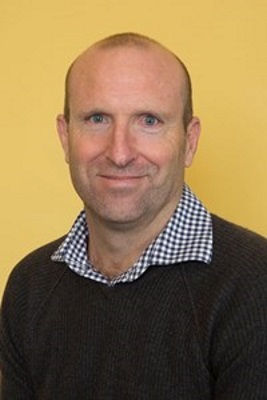 
Tom Murray is a Senior Lecturer and Australian Research Council Early Career Research Fellow in the Department of Media, Music, Communication and Cultural Studies at Macquarie University. His research interests concern the capacity of screen media to open new ways of understanding in cross-cultural environments, the aesthetic and narrative structures of storytelling and sense-making more generally, and the methods by which particular narratives impose social meaning and sustain authority. This research, often delivered in audio and screen documentary forms, is interdisciplinary and explores themes of memory, history, colonialism, ‘otherness’ and place.

Dr Murray’s work has been internationally recognised by scholars, screen practitioners, and the screen industry. His films have appeared in many of the world’s most prestigious festivals including the Sundance Film Festival and IDFA Amsterdam and he has presented his research as a Transnational Media History visiting fellow at the University of Hamburg, visiting fellow at the University of Potsdam, and numerous other institutions and international conferences. His major screen works include Dhakiyarr vs the King (2004), In My Father’s Country (2008) and Love in Our Own Time (2013). His work in the area of Indigenous history has earned him the NSW Premier’s History Award, shortlisting for the Australian Human Rights and Equal Opportunity Awards, and numerous other awards and commendations. As a screen director his work has been awarded the Australian Directors Guild Award for Best Direction in a Documentary, and as a research scholar his work has been recognized by the awarding of a prestigious Australian Research Council DECRA Fellowship, and the 2014 Australian Academy of Humanities Max Crawford Medal, Australia's most prestigious award for achievement and promise in the humanities.

His current book and film projects examine the structures of colonial power imposed upon an Australian Indigenous soldier who participated in WW1 and was studied as part of race-based social science experiments conducted in German POW camps between 1915-1918. The project looks at the conjunction of art, science and politics, as manifest in times of war and as applied to the life of a particular individual. While at the IAS Dr Murray will also be pursuing the production of a short screen work on local mythological narratives, particularly those relating to social anxiety, ‘otherness’, and serpents.

The story of Douglas Grant first came to Australian public attention in 1916 through a series of newspaper articles. He is introduced as a ‘sergeant in the King’s forces’ who is about to ship to World War I. The earliest versions of the story focus on how a ‘full-blood Aboriginal’ was taken from his family among the Indigenous rainforest nations of far north Queensland and grew up in Sydney, gaining numerous accomplishments.

The story is told in order to arrive at a singular conclusion: ‘this brief history demonstrates what may be done with an aboriginal when taken early and trained’. In other words, Douglas Grant’s life story is remade as experimental evidence for Aboriginal assimilation into Anglo-colonial society. For the last 100 years numerous biographical attempts on Douglas Grant’s life have yielded conclusions about the possibility of Aboriginal and Australian Settler-Colonial state relationships. Taken together these 100 years of biographical ‘storytellings’ on the life of Douglas Grant yield a fascinating insight into a history of 20th Century racial science, settler-colonial historiography, and the shifting position of Indigenous Australians in the narrative of Australia.

Murray, T (2018) ‘From dragons to dreaming serpents: tracing the cultural history of the monstrous Lambton Worm’, The Conversation.

Murray, T (2018) 'The skin of others: when Douglas Grant met Henry Lawson', The Guardian.

The Monstrous Worm - Part I