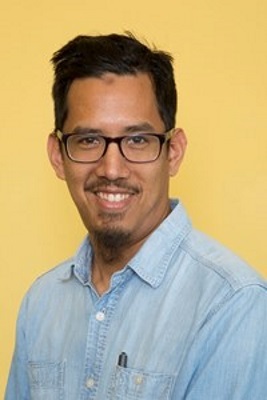 
Dr Wahbie Long is Senior Lecturer in the Department of Psychology and Director of the Child Guidance Clinic at the University of Cape Town (UCT) in South Africa. His research interests include the history, theory and indigenization of psychology. His work has appeared in journals including History of Psychology, Journal of the History of the Behavioral Sciences, History of the Human Sciences, and New Ideas in Psychology. His book on the longstanding debate about the social value of psychology, A history of ‘relevance’ in psychology, was published by Palgrave Macmillan in 2016. He also contributes regularly in the public domain, writing about various topics such as Marxism, identity politics, and higher education in South Africa.

Dr Long completed an undergraduate degree in psychology and economics, and an Honours degree in psychology, at UCT, before completing a Master’s degree in clinical psychology at Stellenbosch University. He practiced as a military psychologist in the South African National Defence Force before joining the Department of Psychology at UCT in 2010, where he completed a doctoral degree in 2013. He currently teaches an Honours module on philosophical and theoretical issues in psychology as well as various topics in the Master’s in Clinical Psychology program, including adult psychopathology, psychodynamic theory, group therapy, and critical theory. He continues to practice as a clinical psychologist and psychotherapist in South Africa.

Dr Long’s work has been well-received by historians and theoreticians in psychology. His paper, Rethinking ‘relevance’: South African psychology in context, was selected as the best paper in the 2013 volume of History of Psychology, the official history journal of the American Psychological Association (APA). In 2015, he was a Mandela-Mellon Fellow of the Hutchins Center at Harvard University and, in 2016, he received the Early Career Award of the Society for the History of Psychology (Division 26 of the APA). He has recently been awarded a prestigious Y1 rating by the National Research Foundation of South Africa.

In his work at the Institute of Advanced Study, Dr Long will draw on historical, theoretical and clinical scholarship in psychology to investigate the psychological sequelae of structural violence. Informed by the notion of a ‘political unconscious,’ he will begin theorizing how structures – economic ones in particular – shape the psychological lives of ordinary citizens. His objective is to develop a political form of psychotherapy that can be practiced in contexts of social inequality.

Since the late nineteenth century, psychologists have committed themselves towards improving the lives of human beings. For critics, however, that early promise remains unfulfilled: they suggest that after a century of innovation in educational institutions, workplaces, and battlefields around the world, psychology has failed to mitigate some of the major problems of our time, including racism, violence and all-out war. Although some psychologists protest their innocence on the grounds that these are social – and not psychological – questions, an equivalent failure exists in a field located squarely within the ambit of psychological expertise, namely, mental health. For despite the rapid psychologization of modern societies, experts are still undecided on what mental illness is; correspondingly, they rely not infrequently on shotgun approaches to treatment while scores of ordinary people enter such treatment, often overwhelmed by the alienating character of life in the modern world.

Indeed, at the heart of psychology’s difficulty responding to the complexities of real life are problems it has never managed to address – in particular, the atomism behind its culture of experimentalism and an unsolved dualism cast variously as the relationship of the interior to the exterior, the psychological to the environmental, the individual to the social. Accordingly, in this lecture Dr Wahbie Long argues for a reconsideration of the question of psychological suffering. Drawing on psychoanalytic and Marxist thought in particular, he explores the contrasting domains of the psychological and sociological, the dynamic and structural, the political unconscious and economic violence. Dr Long will suggest that an integrated, social-psychological understanding of human distress is the first step towards recognizing the insanity in the world around us – and the creation of a society in which human creativity, autonomy and sociality can flourish.