My thinking has definitely profited immensely from being part of a community of scholars and the ability to pursue my research with a minimum of distraction. The Umwelt of the IAS was an ideal space productively accommodating the broad inter-disciplinary approach of my current research project. 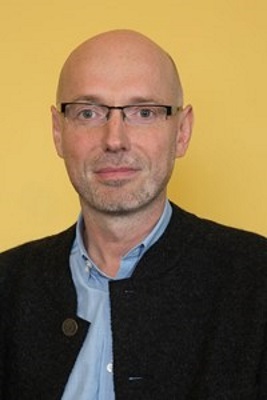 While in Durham, Dr Kreienbrock aims to analyze the various fields of knowledge (Gestalt psychology, theoretical biology, linguistic structuralism, ethnography) that Ernst Cassirer summarizes under the notion of a new holistic organicism. These disciplines are representative of a particular type of German proto-structuralism, which developed under the concepts of Gestalt, Form, and Wholeness during the first half of the 20th century. According to these theories, elements within a structure, objects in the world, or parts of a whole are all conceptualized as emplacements within a field, which does not serve as a neutral background but instead generates these phenomena, giving shape and meaning in the act of producing space and creating a world. In this sense, they all resemble de Saussure’s structural notion of language, which, according to Katherine Hayles, must be understood “as an integrated nondivisible whole, that is to say, as a unified field composed of parts but not reducible to the sum of its parts.”

IAS Fellow's Public Lecture - What is and to what end does one study Astronoetics? Explorations of Space after the Sputnik (Arendt, Blumenberg, Levinas)

On Oct. 4 1957, Sputnik 1, the first artificial Earth satellite was launched. It provoked not only immediate political, scientific, and technological reactions usually described as the “Sputnik shock”, but also an intense philosophical discussion. My paper will explore this philosophy of the space age in Hannah Arendt, Emmanuel Lévinas, and Hans Blumenberg. Blumenberg’s suggestion to inaugurate a new discipline he would ironically name “astronoetics” will guide my investigation. What are the implications of the human being’s ability to leave the Earth and possibly exist on other planets?