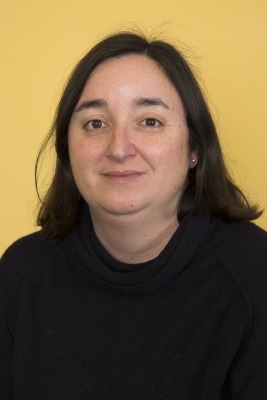 
Francesca Fulminante is Adjunct Professor (Cultore della Materia) at the University of Roma Tre (Italy) and Affiliated Scholar and Guest Lecturer at the University of Cambridge (UK). Her research focuses on urbanization in the Mediterranean during the 1st millennium BC with a particular emphasis on Rome and the surrounding region. She has researched diverse aspects of urbanization such as social stratification, settlement centralization, cultural interactions and, most recently, the role of women and child rearing in the process of urban development.

Dr Fulminante graduated with degrees in classical archaeology from the University of Rome and completed her PhD at the University of Cambridge in 2008. Both her MA and PhD dissertations have been published as monographs: Princely Burials in Latium vetus (“L’Erma” di Bretschneider 2003) and The Urbanization of Rome and Latium vetus from the Final Bronze Age to the Archaic Age’ (CUP 2014). These studies demonstrate that developments towards more complex settlement organization and funerary practices in Latium Vetus began long before the arrival of the first Greek colonists in southern Italy. These results emphasize the importance of indigenous transformations combined with reciprocal catalyzing interaction in the early urbanization of middle Tyrrhenian Italy.

Her research and teaching experience includes: Junior Teaching Scholar at the Graduate Centre for the Study of Culture at the University of Giessen (Germany), Researcher in Residence at the Netherlands Institute for Advanced Studies and a recently completed Marie Curie Advanced Fellowship at the University of Roma Tre (Italy). She has co-organized sessions at major archaeological meetings such as AIAC (International Association of Classical Archaeology) 2008 in Rome and the EAA (European Archaeologists’ Association) conferences in Malta (2008) and Glasgow (2015). She has contributed to numerous conferences, meetings and public outreach activities.

Dr Fulminante is currently working on three avenues of research. The first is a study of the composition of Archaic metal votive objects in central Italy using XRF to detect potential regional variation in the practice of bronze smelting. The second aims to combine a traditional material cultural, literary and ethnographic approach with scientific methodologies (isotope analyses, osteo-archaeology and ancient DNA) to explore the connections between cultural and political environment and child-rearing practices in pre-Roman and Roman central Italy during the 1st millennium BC.

Her third avenue of research focuses on communication-structure networks in central Italy and how these underpin the mechanisms and modalities of urbanization. This has included, for example, the application of network science techniques in collaboration with network scientists from the University Rovira i Virgili in Tarragona (Sergi Lozano) and the University of Barcelona (Luce Prignano and Ignacio Morer). Their recent work on fluvial and terrestrial networks in Latium vetus and Etruria between the Final Bronze Age and the Archaic period (c.1175/1150-500 BC) has shown some differences in the efficiency of the two systems; and also how very simple coordinated decision processes could explain the overall structure of the two regional terrestrial networks, with the main difference between the two being the evenness of the balance of power.

Developing these themes and approaches, Dr Fulminante’s residence at the IAS will extend this latter line of research by turning specifically to the role of minor or secondary centres in the emergence and growth of the first cities of Western Europe.

IAS Fellow's Public Lecture - All Roads Lead to Rome - But Where Did They Come From? Transport networks, interaction and the emergence of cities in ancient Italy

What is an ancient city? When does a settlement become a city? Why do some cities prevail over others and why do they eventually decline? These are much debated questions, especially with reference to central Italy and to Rome in particular. This lecture discusses transportation networks as a means of analysing the interaction between the cities of central Italy from the Final Bronze Age to the Archaic Period in order to offer a novel perspective on this debate.

Physical connectivity is essential for the inter-settlement cooperative processes - such as information exchange, trade and defence - that influence the development of past societies and their growing complexity (e.g. urbanization). So far, however transportation routes have not been given sufficient attention with reference to debates around early urbanism. The establishment of terrestrial routes, in particular, requires a certain level of cooperation. In addition, since their maintenance requires significant resources, they are affected by competing interests. In this way, transportation infrastructure can be regarded as a product of social relations and of the interactions between societies and environment.

In order to understand better the emerging Latin and Etruscan urban polities and the mechanisms underlying their variable success, this lecture analyses the fluvial and terrestrial communication systems of these two regions by using a novel Network Science approach. The results demonstrate how the Latin and the Etruscan polities emerged and functioned, and also suggest potentially why, in the end. Rome prevailed over its rivals.

Fulminante, F., Hanson, J.W., Ortman, S.G. and Bettencourt, L.M.A. (eds.) (2019) Where do Cities Come From and Where are They Going to? Modelling Past and Present Agglomerations to Understand Urban Ways of Life Frontiers in Digital Humanities: Digital Archaeology

Fulminante, F. (2018) 'Intersecting Age and Social Boundaries in Sub–Adult Burials of Central Italy during the 1st Millennium BC' in Tabolli, J. (ed.) From Invisible to Visible: New Data and Methods for the Archaeology of Infant and Child Burials In Pre-Roman Italy. Astrom Edition, 4. (Studies in Mediterranean Archaeology (SIMA)).