The IAS Fellowship has significantly advanced both my thinking and research in regard to multi-disciplinarity. The exposure, specifically, to anthropology, psychology and philosophy was directly influential and productive in my research and has opened up new avenues of enquiry that have directly affected my current work. 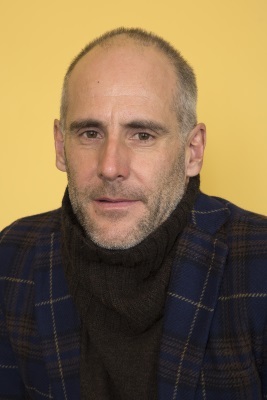 Michael Chapman is currently the Program Convenor for the Masters of Architecture at the University of Newcastle, Australia, where he co-ordinates the year-long Final Year Architecture Studio and Exhibition. Since becoming a full-time faculty member in 2008, Professor Chapman has been awarded over AUD $600 000 in competitive research funding including grants under the ARC Discovery Project Grant scheme and the Board of Architects Research Grant. In the last ten years, he has completed over 100 publications, including 25 journal papers and 15 book chapters. This has included publications in some of the most prestigious journals for architectural research, including Architecture Research Quarterly, CENTER, Fabrications, Interstices, Architectural Design Research, Architectural Science Review and IDEA. Professor Chapman has also published a number of book chapters in prestigious volumes by respected publishers including Routledge, The University of Texas and RMIT Press. Together with Michael Ostwald and Chris Tucker, he is the author of Residue: architecture as a condition of loss (Melbourne: RMIT, 2007).

Professor Chapman’s most significant research contributions have been in the fields of architectural theory, architectural history, and architectural design. His research is predominantly concerned with the theory, philosophy and politics of architecture, with an emphasis on the domains of aesthetics, art theory, critical theory, avant-garde studies, psychology, neuroscience, communication theory and modernism. His current research investigates the relationship between architecture and communication, with an emphasis on the role of advertising, psychology, emotion and politics in framing the relationship between individuals and the built environment. As well as his theoretical research, Professor Chapman remains deeply committed to creative practice as research. He is a key contributor to the creative PhD stream in architecture at the University of Newcastle, and his design research has been exhibited nationally and internationally, including at the Venice Biennale, Federation Square, the State Library of NSW and the Museum of Melbourne. Professor Chapman is currently a supervisor to eight post-graduate students and has won numerous awards for his teaching, research and creative practice. He has previously won the RAIA Design Medal, the Dean’s Medal and the NSW Board of Architects Chapter Prize. He is also a director of the architectural practice hrmphrdt (www.hrmphrdt.com.au) which focuses on small scale architectural projects, design research and artistic collaborations.

The research project undertaken as part of the IAS Fellowship will revisit important questions in regard to the relationship between architecture and philosophy, which are deeply entwined with notions of structure: both physical and metaphorical. The project will critically examine seminal philosophical and literary conceptions of cosmology and their historical application (both passively and explicitly) through architecture, looking to unearth the spaces where ideology and architectural production intersect. The fellowship will be used to produce work for an exhibition and publication which reflects upon, and critiques, the contemporary landscape of architecture and the philosophical frameworks that support it.

This lecture will explore the interrelationship between architecture and philosophy as it has been played out through the medium of drawing, and with a particular emphasis on post-enlightenment and early modernist discourses around representation and philosophy. The lecture will look at the emergence of architectural drawing as a medium to both explore and critique philosophical structures in the post-Enlightenment, and equally as an escape from the disciplinary constraints of architecture as building. Using the framework of cosmologies, the lecture will look at the way that philosophy and architectural drawing developed a dialogue in the work of key architects who questioned the frameworks of architectural production, and, in the process, expanded the medium of architectural representation into a philosophical, phenomenological and also deeply psychological domain. Using key themes drawn from philosophy, the lecture explores how love, fear, existence, nature and science all found themselves entwined in this new medium of expression, and the implications this had for architecture both then and now.