The IAS Fellowship was a wonderful opportunity to undertake sustained research in collaboration with leading constitutional law scholars within the Durham law school, in the company of a genuinely interdisciplinary group of IAS fellows, while being comfortably accommodated and very warmly received into the scholarly community at Trevelyan College. The facilities were first class and the intellectual stimulation second to none. 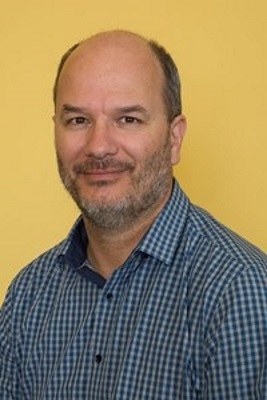 
Nicholas Aroney is Professor of Constitutional Law at the University of Queensland. He is also a Fellow of the Centre for Public, International and Comparative Law and a Research Fellow of Emmanuel College at the University of Queensland. In addition he is an External Member of the Islam, Law and Modernity research program at Durham University and a Fellow of the Centre for Law and Religion at Emory University. In 2010 he also received of a prestigious four-year Future Fellowship from the Australian Research Council to study comparative federalism.

Professor Aroney has held visiting positions at Oxford, Cambridge, Edinburgh, Sydney, Emory and Tilburg universities. Most recently, he was a Visiting Professor of the Institut Michel Villey at the University of Paris II (Panthéon-Assas). He has published over 100 books, journal articles and book chapters in the fields of constitutional law, comparative constitutional law and legal theory. He has led several international research projects in comparative federalism, bicameralism, legal pluralism, and law & religion, and he speaks frequently at international conferences on these topics.

Professor Aroney is currently working on a monograph entitled Federal Constitutionalism: Theory, Principle and Practice and an edited volume entitled Christianity and Constitutionalism for Cambridge University Press (with Ian Leigh). During his fellowship at the Institute of Advanced Study at Durham University, Professor Aroney will undertake research relating to these two projects.

The first focus of his research at the IAS will address a suite of problems associated with the constitutional status of the devolved parliaments in the United Kingdom. These will include the legal and political issues arising out of Britain’s withdrawal from the European Union and difficulties in reforming the British Parliament to make it more representative of the constituent nations of the United Kingdom. Both of these issues arise out of the phenomenon that the Parliament at Westminster has to function simultaneously as the ‘special legislature’ for England, the ‘general legislature’ for the United Kingdom and the ‘sovereign legislature’ upon which the whole system of devolution depends and to which the British Government is ultimately responsible.

The second focus of Professor Aroney’s research will involve the early stages of a three-year project examining the co-constitutive relationship between the evolving religious beliefs, philosophical principles, political orders and legal systems that have long characterised the constitutional systems of the West. Professor Aroney will convene with Professor Ian Leigh an international, multi-disciplinary workshop on the complex and multi-faceted relationship between religion and the development of constitutionalism in the West, considered from the vantage points of history, law and theology.

IAS Fellow's Public Lecture - Between Union and Devolution: The Structure of the British Parliament as a Problem of Process

The Parliament at Westminster has a three-fold status: it is the sovereign legislature on which the British Constitution rests, it is the general legislature for the United Kingdom, and it is the special legislature for England. Prior to devolution, Parliament simply legislated for the United Kingdom, and did so with sovereign authority; it was also constituted in a manner suitable to a unitary state. Devolution has involved a transfer of jurisdiction to the devolved legislatures, but it has not involved any structural change to Parliament itself. The House of Commons continues to be composed of members chosen to represent local electoral constituencies, and neither the Commons nor the House of Lords is designed to represent the people of the constituent nations of the United Kingdom as discrete political communities.

This creates tensions when Parliament exercises its sovereign, general and special functions. At present, these tensions are managed through political conventions and procedural requirements, not legally enforceable rules. The Sewel Convention requires that the Parliament will not legislate on devolved matters without the consent of the relevant devolved legislature. The House of Commons has resolved that bills which in some respect relate exclusively to England (or England and Wales) must obtain the approval of a majority of English (or English and Welsh) MPs.

All of this renders the British system unique in the world and a cause of much fascination. Other federal and quasi-federal systems distribute sovereign, general and special law-making functions to distinct legislative bodies, and their legislatures are constructed in a way that reflects these distinctions. It might be tempting to propose that the British Parliament should be reformed along similar lines. But that would be to overlook the unique historical character of each constitutional settlement, for even among federal systems there is great variety in the way that law-making powers are distributed and legislative bodies are constructed.

While the American Senate and the German Bundesrat, for example, represent the constituent political units of the federation, they do so in very different ways. Likewise, any future reforms of the British constitution will necessarily develop in a manner unique to the British context, as they always have.