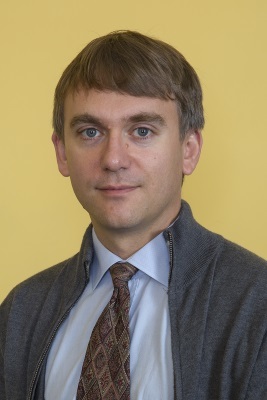 Dr Stegenga’s present work is culminating in a book, forthcoming with Oxford University Press, tentatively titled Strange Pill: Evidence, Values, and Medical Nihilism. He argues that if we attend to the frequency of failed medical interventions, the extent of misleading evidence in medical research, the thin theoretical basis of many interventions, the malleability of empirical methods in medicine, and if we employ our best inductive framework, then our confidence in novel medical interventions ought to be low. His research employs empirical findings, analysis, and formal methods to establish normative conclusions about science. He has applied such tools to topics in philosophy of biology, general philosophy of science, and practical reasoning, about which Dr Stegenga has published a number of high-impact articles.

During his time at the IAS, Dr Stegenga will be involved in two projects. The first will involve completing the remaining three chapters of his forthcoming book, which transition from his central focus on methodology of medical research to investigating how clinical practice should be modified and how medical research should be re-aligned, given his earlier defense of medical nihilism. The second will begin the next major phase of his research. This project will take the tools that he has been using on evidence in medicine and apply them to scientific evidence in law. For example, while Dr Stegenga was a postdoctoral fellow in Toronto he was consulted on a murder trial in which a key piece of evidence was a forensic analysis of a bullet. He was asked to address the quality of the underlying science of ballistic forensics, and discovered that this is a domain in desperate need of philosophical attention. Similarly, the standards of evidence employed for assessing toxicological hypotheses in tort cases are inconsistent and poorly founded. Professor Stegenga anticipates writing a number of articles on scientific evidence in law, culminating in a second book.

Many prominent physicians and journalists have expressed arguments supporting medical nihilism, which is the view that we should have little confidence in the effectiveness of novel medical interventions. In this talk Dr Stegenga assesses the case for medical nihilism.

Salient arguments are based on the frequency of failed medical interventions, the extent of misleading and discordant evidence in clinical research, the sketchy theoretical framework on which many medical interventions are based, and the malleability of even the very best empirical methods employed in clinical research. To evaluate medical nihilism with care he articulates the argument in formal terms. If we attend more broadly to our evidence, malleable methods, and background theories, and reason with our best inductive framework, then he argues that our confidence in the effectiveness of most novel medical interventions ought to be low.