The whole experience was seamless. I had lots of time to write and read but also many wonderful conversations with scholars both in and outside my area of expertise. 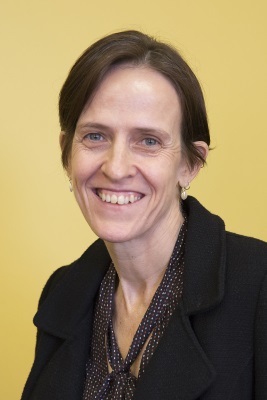 Professor Douglas has been a visiting scholar at the Centre for Socio-Legal Studies at the University of Oxford; the Law School at Victoria University, Canada; The Melbourne Law School, Melbourne University, Australia and the Violence Research and Prevention program at Griffith University, Australia. She has been a commissioner with the Queensland Law Reform Commission and is on a number of Advisory Boards of non-government domestic violence service organisations. She is a fellow of the Australian Academy of Law.

While a practicing lawyer she worked at Indigenous legal services in remote Australia. This experience instilled an interest in the criminal law’s response to Indigenous people. She undertook her PhD in crime and Indigenous people and has since published widely in this area. Her book Indigenous Crime and Settler Law: White Sovereignty After Empire (with Mark Finnane, published by Palgrave in 2012) examines the foundations of criminal law's response to the victimization of one Indigenous person by another. The book demonstrates how criminal law is consistently framed as the key test of sovereignty, whatever the challenges faced in effecting its jurisdiction.

Her ongoing work includes critiquing both criminal and civil legal responses to domestic violence and child protection. Her research in these areas has made a significant contribution to law reform. In 2014 she was awarded an Australian Research Council Fellowship to undertake a longitudinal study examining how women of diverse backgrounds use law to help them live a life free of violence.

Other recent research has included work on the Australian Feminist Judgments Project. In 2014 Heather's and colleagues’ edited collection - Australian Feminist Judgments: Righting and Rewriting Law - was published by Hart. This book brings together feminist academics, lawyers and activists to present a collection of alternative judgments in a series of Australian legal cases that explore the possibilities, limits and implications of a feminist approach to legal decision-making. The collection contributes a distinctly Australian perspective to the growing international literature investigating the role of feminist legal theory in judicial decision-making.

While at Durham Professor Douglas plans to write up work undertaken as part of the Australian Feminist Judgments Project. One of the enduring problems with the legal process, identified by feminist legal scholars, is the way women’s evidence of sexual violence is excluded, marginalised and disbelieved. Forty judges agreed to be interviewed as part of this project on the basis of their identification as feminists and these interviews provide an opportunity to explore the question of what difference a feminist judge might be able to make in a sexual assault case. This work dovetails in particular with work undertaken by scholars in the schools of law and applied social sciences at Durham University.

Public Lecture - Evidence and Victim Experience in Sexual and Domestic Violence cases: The approach of the feminist judge

One of the enduring problems with the legal process identified by feminist legal scholars is the way women’s evidence of sexual violence is excluded, marginalised and disbelieved. Myths and stereotypes have developed around ‘real rape’ and legal rules were developed, initially by judges, which reflected and sustained these myths and stereotypes. Scholars have speculated on whether a feminist judge might be able to make a difference in such cases. Interviews conducted with judicial officers provide an opportunity to explore further the question of whether, and how, a feminist judge might be able to make a difference. This article draws on 41 interviews conducted with Australian judicial officers to consider how, as judges with a feminist world view, they see their role in relation to evidence issues in sexual violence cases. It begins by reviewing some of the ongoing issues scholars have identified about the prosecution of sexual offences, before outlining some of the strategies a feminist judge might employ in this context. The article then considers the strategies employed by interviewees in their judicial practice before, in the final section, drawing some conclusions about the role of feminist judging in cases involving sexual violence.