The research atmosphere of the University as a whole is clearly thriving. The life of the mind is well supported by academic and social activities. 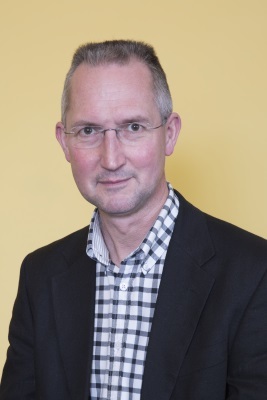 Tim Thornton is Professor of Philosophy and Mental Health at the University of Central Lancashire. Drawing on research in the philosophy of thought and language, especially on the work of Wittgenstein, Davidson and McDowell, his main research concerns conceptual issues in mental health care. He has published papers on clinical judgement especially its tacit underpinning, idiographic and narrative understanding, the interpretation of psychopathology and reductionism and social constructionism in psychiatry.

Professor Thornton was previously a lecturer in philosophy at the University of Warwick where he worked both on the normativity of meaning in the philosophy of mental content and the normative dimension of concepts of disorder in mental illness. The latter approach dovetailed with Bill Fulford’s views of the evaluative nature of disorder, his co-author of the Oxford Textbook of Philosophy and Psychiatry. Prior to that, Professor Thornton researched his PhD on the nature of objectivity and judgement in the light of the philosophy of Wittgenstein whilst based in the History and Philosophy of Science Faculty of the University of Cambridge.

He is also co-editor of the journal Philosophy, Psychiatry and Psychology. He runs, with Gloria Ayob, a Philosophy and Mental Health distance learning teaching programme at the University of Central Lancashire. He keeps a blog called inthespaceofreasons.

An enthusiastic member of the International Network of Philosophy and Psychiatry (acting as its representative spokesperson at its 2012 annual meeting in New Zealand), Professor Thornton has close connections with philosophers and psychiatrists in the USA, northern and southern Europe, South Africa, South America and New Zealand and Australia.

Professor Thornton research whilst an IAS fellow will concern the nature of the emergence of pathology from difference in the context of mental health and illness. The key question concerns the difference between disorder and mere difference. One key aspect will concern the role of mental health service user views and practical issues concerning their representation in published research in the area. He will also be giving thought to the broadening of the representation of international work in the philosophy of mental healthcare in the journal Philosophy, Psychiatry and Psychology.

Using Nagel’s characterisation of the distinction between reduction and emergence, I argue that Davidson’s account of meaning and mental content based on the thought experiment of radical interpretation is doubly emergent. Uncontentiously, Davidson presents a picture of meaning which emerges from, rather than reduces to, physical properties. But his own presentation of radical interpretation suggests a reductive view which relates meaning to a prior grasp of rationality. I outline an alternative ‘no priority’ view in which meaning introduces new specifically semantic ‘oughts’ whose grasp may require a non-universal special design of mind. This suggests that meaning and intentionality emerge, also, from the rational realm.