I would recommend this Fellowship to anyone, having thoroughly enjoyed the adventurous serendipity of Durham academic life and the solidarity of the IAS. 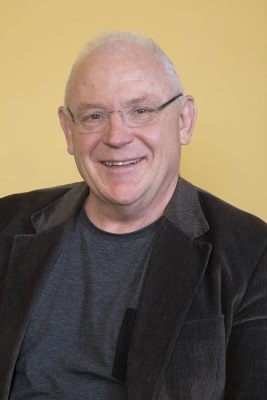 Richard Read is Winthrop Professor in Art History at the University of Western Australia. He has published in major journals on the relationship between literature and the visual arts, nineteenth and twentieth-century European and Australian art history, contemporary film, popular culture and complex images in global contexts.

His first degree was in English Literature at Gonville & Caius College, Cambridge, followed by an MA in Literature and Art History and a PhD on English Art Criticism at the University of Reading under the supervision of the Warburg art historian D. J. Gordon. He taught English literature at the University of Melbourne and art history at the University of Queensland. At the University of Western Australia he has achieved world leadership in scholarship on the twentieth-century art critic Adrian Stokes and on the history of English art theory and criticism in several high impact journals. His Art and Its Discontents: the Early Life of Adrian Stokes (Aldershot: Ashgate, 2002: PA: Penn. State U. Press, 2003) was widely reviewed and was joint winner of a national book prize. His current research includes book projects on: ‘The Trope of Contrast in the Art and Literature of the British Grand Tour to Italy’, and ‘Disencumbrance and Desuetude: the Forgetting of the Past in Contemporary Art’ funded by the Australian Research Council Centre of Excellence for the History of the Emotions. His research is informed by a broad range of undergraduate art history units on seventeenth-century art and architecture, Cubism and its diasporas, the history of art theory and the art and literature of the British Grand Tour to Italy. In 2013 he received an inter-Faculty prize for excellence in research supervision for which he was nominated again this year.

Professor Read’s work on complex images won an Australian Reseach Council grant in 2004 and was the subject of invited lecture at the universities of Warwick, Plymouth, Melbourne, Aberystwyth and Cambridge; also at the Art Gallery of Western Australia, the Art Gallery of New South Wales, the National Gallery of America at Washington, D.C., the Courtauld Institute of Art and Tate Britain. He was Benjamin Meaker Visiting Professorship at the University of Bristol (2010), Senior Research Fellow at the Sainsbury Centre for Visual Arts, UEA (2011 and 2013) and resident scholar at the University of Maryland, Washington D. C. (2013).

At Durham he will be completing a book project on The Reversed Painting in Western Art. The reversed painting is an easel painting that depicts another painting or paintings seen from behind, most famously in Velázquez’s Las Meninas. The topic is concerned with the dynamic emergence of the visible from the unseen and illuminates important shifts in the relationships between viewers and pictorial worlds across different continents and many centuries. He will also be working on the emergence of the visible from the unseen in the influence of theories of visual perception upon nineteenth-century British and American art criticism and travel writing, and in the emergence of sub-textual meaning from these texts and the art criticism of Adrian Stokes.

IAS Fellow's Public Lecture - The Reversed Canvas in Colonial Art: the emergence of western painting and ‘Coming into Hiding’ of colonial peoples

In doing this it reflects Edmund Burke’s view that in the age of alien encounter geography is a better measure of human development than history. As colonies gained greater autonomy and independence, paintings of backs of paintings expressed either nostalgia for European precedents or pictorial innovation promoting new national goals. The tension between these counter-tendencies became acute when decolonised, indigenous artists adopted the motif to expose the subordination of indigenous minorities in post-colonial societies. In the work of several artists the appearance of coloured faces behind white canvases enacts what Malcolm Ball has called a ‘coming into hiding’ of occluded social groups. In completing his book on The Reversed Painting in Western Art, Professor Read attempts a new way of using painting to explore the cultural history, tensions and nuances of emergent global cultures.

Read, R.E (2016) ‘Possibilization and Desuetude: the Politics of the Reversed Canvas as Thing-Object’, Transformations: Journal of Media and Culture, 27.

My recent work has been a book project on the reversed painting in Western art, where the reversed painting is defined as a pictorial motif that depicts another painting or paintings turned against the viewer (think of the huge canvas back that dominates the left-hand side of Diego Velázquez’s Las Meninas, 1656). This essay addresses research on a core aspect of the project as pursued at Durham. Under the aegis of ‘emergence’ it involved thinking about the political potentiality of the reversed painting in negative and positive lights. In respect of the motif’s negational role, the image of the reversed canvas resembles acts of iconoclasm that stimulate the memory or imagination not only of an obscured image, ‘but all that has attached itself to it in the course of the fight for and against it and all that this fight has brought to light’ (Dario Gamboni). The powerful negational significance of the reversed canvas depends, therefore, on its potential effacement of the entire history of the frontal image it occludes, namely, the complex emergence of the portable easel painting as the central and most meaningful form of Western culture amongst many other competing media. Mutatis mutandis, the negation of the world depends on a prior, constitutive representation of the world. Seen in a positive light, therefore, the reversed painting can be read as a symbol of collective imagining that might bring into being a new ideal world – aesthetically and politically – by inducing an abstract kind of collective longing. The essay considers some concrete examples of politically emancipatory imagining in the works of particular artists, as well as theoretical justifications for it in the aesthetic writings of Friedrich Schiller and Hans Belting, the philosophical writings of Martin Heidegger and Edmund Husserl and the political writings of Giorgio Agamben.