I found the IAS a wonderful place to work. The Fellowship was by far the best one that I have held to date. 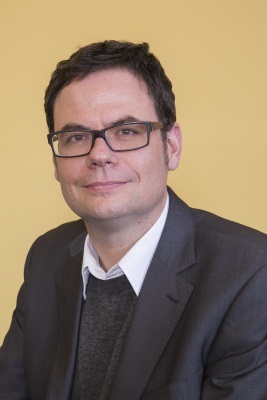 David Pritchard is an historian of ancient democratic Athens. In classical times this state was Greece’s largest and most important. The major public activities of its numerous citizens were the conducting of politics, the waging of war and the staging of festivals. In each activity Athens was a runaway success. It developed democracy to a far higher level than any other state before the modern period. It transformed war and became one of the ancient world’s greatest military powers. It staged more festivals than any other Greek state. The games which were part of these festivals helped Athens to lay foundations for the arts and the literatures of the ancient and modern worlds.

Dr Pritchard’s research has significantly advanced knowledge of the politics, wars and festivals of ancient democratic Athens. He deepened understanding of how these three major public activities impacted on each other. Thus Dr Pritchard conducted the first systematic studies of how the Athenians conceived of their armed forces and how much money they spent on them. He investigated how the conception of sport and war with a common set of concepts impacted on the public standing of both activities. He has published the most detailed analysis of the participation of Athenian citizens in their festivals. Dr Pritchard has shown how their military and cultural innovations were direct products of their democracy.

This richly illustrated public lecture analyses public spending in ancient democratic Athens. Ancient historians debate whether this famous democracy spent more on religion or war. They cannot agree how the Athenians paid for politics. These debates go back to August Böckh. This pioneer of Ancient History criticised the Athenians for spending more on festivals than the armed forces. Böckh complained that the Athenians levied unjust taxes to pay for their bloated government. Calculating public spending would settle both debates. Böckh lacked the evidence to do so.

Two centuries after him such calculations are now possible. But in making them this lecture does more than settle longstanding debates. In Athenian democracy voters had full control over public spending. In voting for a bill they always knew its cost and how much they normally spent on such bills. The Athenians could spend more on what they saw as important and less on what was less important. Therefore the sums which they spent reflected the order of the priorities which they had set for their state. By calculating these sums this lecture confirms that it was not religion or politics but war which was the overriding priority of this famous ancient democracy.

Ancient Athens developed democracy to a higher level than any other state before modern times. It was the leading cultural innovator of the classical age. Classical Athens is rightly revered for these political and cultural achievements. Less well known is this state’s extraordinary record of military success. Athens was directly responsible for transforming Greek wars and for raising their scale tenfold. By the 450s it had emerged as the eastern Mediterranean’s superpower. The first major reason for this emergence was this state’s demographic advantage. With twenty times more citizens than an average Greek state, Athens could field armies and fleets that were much larger than all but a few others. The second major reason was the immense income that Athens got from its empire. This allowed it to employ thousands of non-elite citizens on campaigns and to perfect new corps and combat modes. There is a strong case that democratic government was the third major reason. The military impact of Athenian democracy was twofold. The competition of elite performers before non-elite adjudicators resulted in a pro-war culture. This culture encouraged Athenians in ever-increasing numbers to join the armed forces and to vote for war. All this was offset by Athenian democracy’s rigorous debates about war. This debating reduced the risks of Athenian cultural militarism. It also made military reforms easier and developed the initiative of the state’s generals, hoplites and sailors. Political scientists have long viewed Athenian democracy as a source of fresh ideas. Presently they cannot satisfactorily explain the war-making of modern democracies. Consequently, ancient history can provide political science with new lines of enquiry into how modern democracy impacts on international relations.