The IAS creates an amazing microcosm. I would describe my Fellowship as a maturation experimentation. There will most definitely be a before and after Durham. 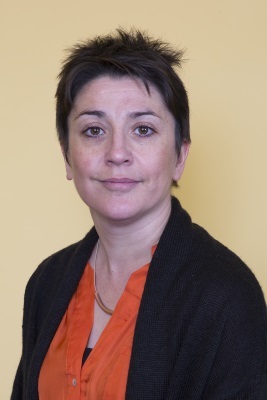 Stéphanie Portet received her PhD from Paris 7 University in 2001 and is currently an Associate Professor in the Department of Mathematics at the University of Manitoba, Winnipeg, Canada, where she started as an Assistant Professor in 2005. From 2001 to 2003, she was a postdoctoral fellow in the Department of Physics at the University of Alberta, Edmonton, Canada. From 2003 to 2005, she was a postdoctoral fellow at the Samuel Lunenfeld Research Institute at Mount Sinai Hospital in Toronto, Canada. She is a biomathematician working in the area of cellular biology, and more specifically, cytoskeletal networks. Cytoskeletal networks are intracellular structures made of proteins polymerized in filaments organized into networks. Defects in the assembly or transport of cytoskeletal proteins in cells, resulting in network misorganizations and the emergence of structures that have cytotoxic effects, are linked to cytopathological signatures of many diseases. Characterizing the determinants of the organization of biological structures is a task of fundamental importance; this will then help to understand the emergence of abnormal structures and the pathogenesis of some diseases.

Dr Portet is interested in modelling the organization of biopolymer networks and assembly of filaments composing those networks to characterize the determinants of their structures and mechanical properties and therefore their functions in the cells. The main focus of her research is the intermediate filament network, one of the major components of the cytoskeleton, which is involved in the stabilization and mechanical resilience of the cell, cell migration and signal transduction. An analytical (computational and mathematical) framework is necessary to analyze and characterize the complex processes of filament assembly and network organization; this allows to test a variety of hypotheses for the mechanisms considered. Combining experimental and mathematical modelling approaches allows a rigorous validation of model hypotheses, thereby constituting a very powerful and inexpensive investigation tool in cell biology. Mathematical and computational models focused on the other components of the cytoskeleton, actin and microtubule networks, have been developed for decades. In contrast, models dealing with intermediate filaments are rare. Stéphanie Portet develops deterministic and stochastic dynamical models and mathematically and numerically analyses their transient and asymptotic behaviour. Her work involves a multidisciplinary approach encompassing different domains such as biophysics and mathematical biology.

While at the IAS, Dr Portet will be working in the sub-theme “Emergent systems and relations” on a project studying the interplay of the intermediate filament and microtubule networks in neurons.