The time I spent in Durham was among the happiest Iâ€™ve had, both in terms of academic experiences and enjoying the town itself and I can say without qualification that I have never experienced such a fruitful interchange with colleagues in other fields. 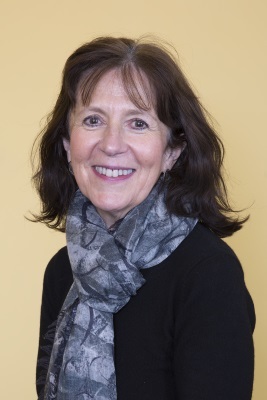 Her interest in philosophy of science began when she was an undergraduate research assistant in the department of biophysics at Dalhousie University. Her work spans a variety of topics in the philosophy and history of physics. One area of particular interest is the nature of theory unification – how exactly the unifying process takes place and what epistemological value should be placed on unified theories. Her book, Unifying Scientific Theories: Physical Concepts and Mathematical Structures, published by Cambridge University Press in 2000, provides an in depth look at a number of unified theories including Maxwell’s electrodynamics, Special Relativity and the Electroweak theory which is part of the Standard Model. Morrison argues that in each of these cases the ability to unify phenomena was largely dependent on a particular type of mathematical structure that formed the foundation of each theory. Moreover, each theory displayed different characteristics with respect to unification. What this entails is that while mathematics plays a significant role in unification there is no single feature that is common in different types of unified theories. In other words, there is no “unified account” of theory unification.

A good deal of Professor Morrison’s work in the philosophy of science addresses the role that mathematics plays in our understanding of the physical world. Her work on scientific modelling is widely discussed in the philosophical literature and she is one of the founders of the well known “Models as Mediators” view that has resulted in a shift away from the more logic oriented treatment of models to one that attempts to accommodate features of scientific practice that are fundamental to model construction and use. Many of her papers on scientific models focus on the question of how we are able to extract practical information from abstract mathematical models, models that often bear little relation to the concrete physical world. This question is of particular importance not only in philosophy of science but in economics, policy making and all fields that rely on mathematical modelling.

More recently she has extended this interest into the realm of computer simulation and how we can use simulation as a source of reliable information or as a substitute for experimental data. Her forthcoming (2014) book with Oxford University Press entitled Reconstructing Reality: Mathematics, Models and Simulation represents the culmination of many years of work on these issues and offers some novel approaches for thinking about the complex relationship between abstract mathematical representations and the reality we are trying to understand.

While at the IAS in Durham Professor Morrison intends to develop these themes in the field of complex systems. This is a particular challenging area not only due to the difficulty in understanding the nature of complex systems but in explaining and predicting their behaviour. Because so much of our daily life depends on how these systems evolve (e.g. weather forecasting, financial markets, etc.) philosophical questions concerning our ability to understand them are especially timely and important.

In this lecture Professor Margaret Morrison examines various ways of thinking about emergence in the context of different examples. She claims that despite the ambiguity and mysterious nature of emergence it can be understood in a systematic way using a mathematical technique called renormalization group (RG) methods to illustrate how the ‘universal’ characteristics of emergent phenomena, stable macro behavior that demarcates a property as emergent (superconductivity, magnetism, etc), are actually insensitive to the underlying microphysics. Interestingly, RG methods are used not only in physics but also in financial markets, making them the prime candidate for understanding emergence. Although RG methods are closely related to the way systems exhibit different “scaling” behavior it is important to stress that the independence associated with emergent phenomena are not simply a reflection of the fact that different ‘levels’ are appropriate when explaining behavior, e.g. we needn’t appeal to the quantum level when we want to build a bridge and we don’t appeal to a particular individual’s behaviour in explaining the operation of financial markets. Her talk attempts a resolution to this problem of physical independence by showing how a closer examination of RG methods can provide a way of explicating the relation between micro and macro properties, a relation that satisfies the requirements for explaining emergence.

Complex systems present direct challenges to a number of positions in the philosophy of science on prediction, representation and explanation. Some examples of complex systems include stock markets, the weather and physical phenomena like superconductivity. The thematic goal of this paper involves examining the relation between the mathematics used to treat complex systems, understood as a formal representational tool, and its role in providing a ‘physical’ understanding of these systems. More specifically, I intend to address the way that a mathematical technique known as renormalization group (RG) methods can provide an explanatory foundation which highlights structural features that different complex systems have in common. What this suggests is that there is a fundamental level of explanation underlying complex systems which can be explicated via the mathematics of RG.