The IAS is a world-class institution, in a magical environment on Palace Green. Our interactions with our fellow-Fellows were skilfully managed to allow us all productive opportunities for discussion while ensuring we had plenty of time and space to work on our own projects. 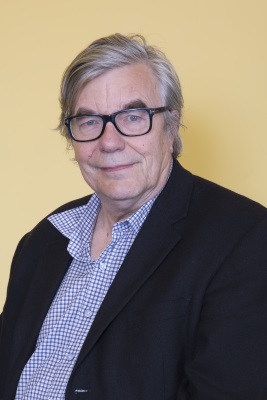 Howard Morphy (BSc, MPhil London, PhD ANU, FASSA, FAAH, CIHA) is a Distinguished Professor of Anthropology in the School of Archaeology and Anthropology at The Australian National University. He is an anthropologist who together with his wife Frances Morphy has undertaken research with the Yolngu people of Eastern Arnhem Land in Northern Australia over a period of forty years. In his career he has moved between museums and university departments and feels at home in collections and archives as much as in the field. After completing his PhD at the ANU he was appointed a lecturer in anthropology and material culture before moving to Oxford in 1996. He spent ten years at the Pitt Rivers Museum, Oxford, as curator and University Lecturer in Ethnology and for the first time became entangled in university administration. At Oxford he was appointed Junior Proctor in 1990-91, was subsequently Senior Tutor of Linacre College and with Professor Sir Barry Cunliffe played a leading role in developing the new Archaeology and Anthropology undergraduate degree. In 1996 he moved to University College London as Professor of Anthropology and the following year returned to Australia on a Senior Research Fellowship. At the ANU he was persuaded to take on the role of Director for the Centre for Cross Cultural Research, a position that over time morphed into the Directorship of the Research School of Humanities and the Arts, with a responsibility for undergraduate and postgraduate education as well as research. He stood down from that position in September 2013.

As an anthropologist Professor Morphy has a fairly broad engagement with the discipline, with a strong focus on art, museums and visual anthropology. He has written extensively on Australian Aboriginal art and religion with three monographs Journey to the Crocodile’s Nest (Aboriginal Studies Press (1984), Ancestral Connections (Chicago, 1991) and most recently Becoming Art: Exploring Cross-Cultural Categories (Berg, 2007). He has also authored a general survey, Aboriginal Art (Phaidon, 1998). He has produced a pioneering multimedia biography The Art of Narritjin Maymuru with Pip Deveson and Katie Hayne (ANU E Press, 2005). In addition he has co-edited two of the main source books in the respective fields of his expertise, The Anthropology of Art: A Reader (with Morgan Perkins, Blackwells, 2006) and Rethinking Visual Anthropology (with Marcus Banks, Yale University Press, 1997). He has won a number of distinguished awards and fellowships, including the Malinowski Memorial Lecturer (1993), a Montgomery Fellowship (Dartmouth College 2012) and the Huxley Medal (2013). He is currently President of the Council for Museum Anthropology of the American Anthropological Association. He has a strong commitment to applied anthropology. With Frances Morphy he helped prepare the Blue Mud Bay Native Title Claim which as a result of the 2008 High Court judgement recognised Indigenous ownership of the waters over the intertidal zone under the Land Rights (Northern Territory) Act. His involvement in e-research and in the development of museum exhibitions reflects his determination to make humanities research as accessible as possible to wider publics and to close the distance between the research process and research outcomes.

While at the IAS in Durham in addition to working collaboratively with Frances Morphy on the theory and emergent nature of cross-cultural categories, he will continue to develop his research into the notion of emergent figuration. The concept comes out of his research into Yolngu art, in which artists consciously include references to figurative form in otherwise abstract designs. Emergent figuration occupies a space between figuration and abstraction in which expressive or constructed properties of form have the potential to allow particular images, latent in the design, to emerge. He is interested in exploring the ways in which artists working in different traditions use this potential in creating dynamic imagery.

This lecture will introduce people to Yalangbara, a sacred landscape on the coast of Eastern Arnhem Land in Northern Australia, the country of the Yolngu people. Yalangbara was the destination of the Djan’kawu sisters, Ancestral women who gave birth to the clans of the region. We will follow the Ancestral women’s journey from Buralku, the land of the Morning Star, to Yalangbara through the songs, paintings, sacred objects and dances that recreate their spiritual journey. Yolgnu art will be followed on its journey away from Arnhem Land to museums and art galleries around the world. The global distribution of Yolngu creativity, in the form of artefacts in museum collections, art in galleries, musical performances and films of ceremonies has extended the agency of the Djan’kawu and the Yolngu people, engaging a wider audience in their creative vision.

The concept of emergence brings to the fore issues of scale and level of analysis. As ‘fully modern humans’ – something completely new on the planet – it applies to all of us. Current Western ideology argues for the primacy of individual creativity. Anthropologists were once focused on something in between – cultures, societies, and the similarities and differences between them. Today many anthropologists have become uncomfortable with difference because all they see around them is an interconnected world that seems to challenge any concept of boundary. And yet we continue to see all around us groups that resist incorporation within larger entities. Our focus is on one of those societies, Yolngu society, showing how people can create new institutions that face in two directions – inwards to their ‘world’ of difference and outwards from it. We argue that humans can do this because of the complexity of social worlds that are characterised by the relative autonomy of their components – such as language, kinship system, hierarchy, mode of subsistence. Continuing societies are particular articulations of these relatively autonomous components, and these articulations may shift over time – coherence is always emergent. In periods of stability the structures that keep these relatively autonomous components in place and adjusting to one another create the coherence, the predictability, the intersubjectivity that makes it possible to exist and to act socially in the world. In times of rapid social change the property of relative autonomy allows groups the space to remake themselves, and fit into and influence newly emerging contexts out of which new bodies of practice emerge. We will illustrate this process with a concrete example of a new institution that has emerged out of a trajectory of change in mortuary practices as Yolngu society adjusts to the impact of European colonisation.