I have benefited greatly from the company, conversation and approaches of the current fellows; the range of perspectives I've encountered has been refreshing and intellectually challenging. 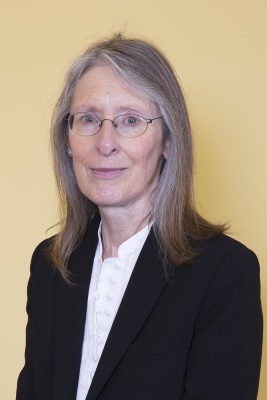 Alice Hills is professor of conflict studies at Durham University where she specialises in police development, post-conflict policing and sub-state security. Before joining Durham she was professor of conflict and security at the University of Leeds. Prior to that she taught defence studies at the UK's Joint Services Command and Staff College where she specialised in urban operations and police-military relations.

The core of Professor Hills's personal research agenda is to develop a comparative framework for analysing why police forces evolve as they do, and what explains their interaction with governments, militaries and societies in sub-Saharan Africa. Focusing on police in this way allows Hills to explore the personalised relationships and inter-agency rivalries at the heart of sub-state security, by which is meant the tangle of formal and informal relationships and imperatives affecting and reflecting the security environment within African states and their constituent societies.

Professor Hills has published widely on police development and on urban operations such as counter-insurgency and war fighting, and her early books on Policing Africa: Internal security and the limits of liberalization (2000) and Future war in cities: Rethinking a liberal dilemma (2004) were the first full-length studies of these key security issues. Her scholarship is evidenced by articles in journals such as African Affairs and International Affairs, and by awards such as the British Academy's ‘Thank-Offering to Britain’ fellowship for 2001-2002, which allowed her to research and write about war fighting in cities. In 2009, a visiting fellowship at the University of Cambridge's Centre for Research in the Arts, Social Sciences and Humanities (CRASSH) provided her with a period of concentrated research on cultural transmission and police reform.

Her expertise is internationally recognised by decision makers, most notably by Jean-Marie Guéhenno, who in 2006, as under-secretary-general for UN peacekeeping operations, invited her to become a founding member of the UNDPKO's International Police Advisory Council (IPAC). More recently, the UNDP appointed her the civilian police expert responsible for assessing the Rule of Law programme in Somalia.

While at the IAS, Professor Hills will use police development in sub-Saharan Africa as a tool for exploring the meaning of causality in complex and non-Western environments that are nevertheless subject to the globalised norms of security governance circulated by organisations such as the UN and OECD. She will draw on recent fieldwork in Nigeria and Somalia to address the question of how African police absorb imported ideas into their own body of knowledge, write about the ways in which senior officers construct, arrange and articulate their knowledge about policing, and prepare a book manuscript analysing police development.

Why is it so difficult for donors to change the way that Africa’s notoriously predatory police behave? This question takes us to the heart of Western explanations of political change and causality in non-Western societies. Using police reform as its departure point, this paper asks three questions that, taken together, provide insight into the logic of coercive institutions and the nature of political order in fragile societies: Are dramatic political discontinuities inherently transformative? Is the application of notions such as emergence and tipping points anything more than a Western attempt to identify phenomena capable of facilitating democratic development and progress? How is the reproduction of neo-patrimonial forms of coercive order best analysed? Judging from the record of police development over the last 50 years, change is best understood in terms of resilience, accommodation and re-emergence, rather than transformation, innovation or linear timelines. In Africa at least, police development displays a dialectical logic which suggests that Western explanations of causality represent little more than the pursuit of an imagined future.