My time at IAS been a lovely, memorable experience that I wouldn’t trade for anything. Durham is beautiful and historically interesting, IAS facilities – and staff – are first rate,
and my accommodations in the Castle were excellent. I really came to feel a part of the university. 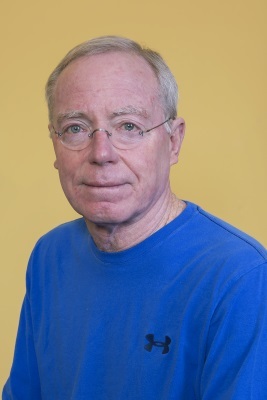 John Heil is professor of philosophy at Washington University in St Louis and inaugural editor of the Journal of the American Philosophical Association. He has authored seven books, edited four collections, published over 150 scholarly articles, and presented papers in numerous international venues. Two collections have been devoted to his work.

Professor Heil’s first book, Perception and Cognition, was published by the University of California Press in 1983. Some years later, while completing The Nature of True Minds (Cambridge University Press 1992), he came to think of philosophy of mind as applied metaphysics: the difficult questions about the nature of minds and their relation to the material world could be tackled only by engaging with traditional metaphysical topics especially the nature of substances, properties, and relations. These have been the focus of his subsequent research. Professor Heil’s most recent book, The Universe as We Find It ( Oxford University Press, 2012) extends work begun with the publication of From an Ontological Point of View (Oxford University Press, 2003). These books advance a conception of the universe as comprising propertied substances, where properties are conceived of as modes, not universals. What the substances and properties are is an empirical matter to be determined by fundamental physics. The substances might be quarks and leptons, or fields, or superstrings, or space itself. Properties are ways the substances are. Taken together, these provide the resources for making true all the truths that have truthmakers.

This conception of the universe is meant to dispense with ‘levels of being’ while allowing that one and the same universe can be ‘carved up’ and truly described in many different ways: one reality, many incommensurable taxonomies, many logically unrelated true descriptions. On the face of it, this appears to be at odds with the possibility of genuinely ‘emergent’ phenomena. Whether that is so depends on the metaphysical details of emergence.

This paper takes up what has been called the ‘hard problem of consciousness’: how can we account for the presence of consciousness in the universe as described by physics? The problem can seem not simply hard but utterly hopeless. One possibility is that the problem is of our own making. We begin with various assumptions that yield a space of possible answers, none of which carries conviction. Two assumptions are identified and shown to be optional. When these are replaced by plausible alternatives the hard problem becomes, if not immediately amenable to solution, at least less hopeless.