I found my cohort to be lively, intellectually stimulating, and with broad interests that often overlapped and intersected with my own. We formed a strong and supportive intellectual community that has enriched my intellectual inquiries in ways both obvious and subtle. 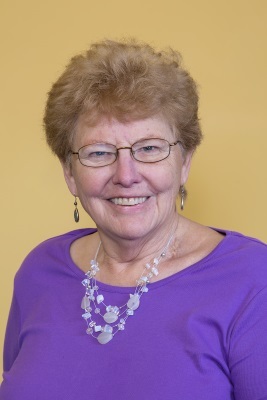 N. Katherine Hayles is Professor of Literature at Duke University in Durham, NC, USA. Her interdisciplinary work has centered on the relations of literature, science and technology in the 20th and 21st centuries. Her multiple prize-winning book How We Became Posthuman: Virtual Bodies in Cybernetics, Literature and Informatics is a founding text for posthuman studies, the first book-length study defining posthumanism, tracing its development from cybernetics, and exploring its cultural and literary significance. It has been adopted as a textbook in courses throughout North America, Europe and the U.K. Her work has been influential in establishing digital literature as an emerging literary practice; her book Electronic Literature: New Horizons for the Literary is the first text to do a systematic survey of the field, along with close readings of influential works of electronic literature. She is also the co-curator of The Electronic Literature Collection I, a field-establishing collection intended for classroom use as well as a scholarly resource.

Professor Hayles has also published important articles on several works of contemporary experimental novels and has helped to establish the significance of works by such writers as Mark Z. Danielewski, Steve Tomasula, Jonathan Safran Foer and Steven Hall. She has been at the forefront of understanding the relation of contemporary print books to computer code, including the ways in which code and language overlap and diverge and how contemporary print books are influenced by digital practices in composition, production, and dissemination. She has published influential analyses of contemporary works of science fiction and speculative fiction, winning the Pilgrim Prize for Lifetime Achievement from the Science Fiction Research Association in recognition for her work, as well as the Eaton Award for the Best Book in Science Fiction Theory and Criticism for for her How We Became Posthuman book.

Her recent work has turned to consider the influence of digital media on human cognition, a topic explored in her book How We Think: Digital Media and Contemporary Technogenesis. Her article delineating a shift in cognitive modes from deep to hyper attention has attracted international attention and stimulated discussions through Europe, North America, and the U. K.

Professor Hayles has won numerous prizes, awards and fellowships for her work, including a Guggenheim Fellowship, two National Endowment for the Humanities Fellowships, a fellowship from the National Humanities Center, and a Rockefeller Residential Fellowship at Bellagio. She has also received the Medal of Honor from the University of Helsinki, an honorary doctorate from Umea University in Sweden, an Honorary Doctorate from Art College of Design in Pasadena, CA, a Distinguished Scholar Award from her alma mater the University of Rochester, induction into the Innovation Hall of Fame from her other alma mater Rochester Institute of Technology, and two teaching awards for her work with graduate and undergraduate students.

While at the IAS, she plans to collaborate with the Emergence group, working on her new book project entitled Cognition Everywhere: the Rise of the Cognitive Nonconscious and the Costs of Consciousness, especially on automatic finance trading algorithm as forms of automated cognition.

With the exponential increase in financial trades made by automated algorithms, 70% of all trades are now executed by algorithms operating at micro-temporal regimes inaccessible to humans. The algorithms are able to sense what competing algorithms intend to do, giving rise to complex social dynamics in which the faster, more aggressive algorithms hunt in packs, looking for "whales" (large orders) that they can out-bid and manipulate to their advantage. With the stock market's transition to a machine-machine ecology rather than the older human-machine ecology, emergent effects arise that undermine the stability and robustness of the entire global financial system. This talk will explore the implications of these developments as a case study in the interactions of technical cognitive nonconscious systems with the human systems in which they are embedded.

The cognitive nonconscious is a level of neuronal processing inaccessible to consciousness but nevertheless essential for consciousness to function. Defined as a process in which information is interpreted within contexts that connect it with meaning, cognition is present to some degree in all biological organisms and many technical systems. Cognition bestows functionalities not present in material processes, namely flexibility, adaptability and evolvability.