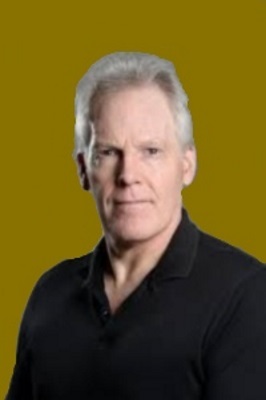 David C. Geary is a cognitive developmental and evolutionary psychologist at the University of Missouri. He has wide ranging interests but his primary areas of research and scholarly work are children’s mathematical cognition and learning and Darwin’s sexual selection as largely but not solely related to human sex differences.

Professor Geary directed a 10-year longitudinal study of children’s mathematical development from kindergarten to ninth grade, with a focus on identifying the core deficits underlying learning disabilities and persistent low achievement in mathematics. The study was funded by the National Institutes of Health (US), including through a MERIT award to Professor Geary. One result has been the identification of the school-entry number knowledge that predicts economically-relevant mathematical competencies in adolescence. As a follow-up, Professor Geary is directing a second longitudinal study, funded by the National Science Foundation (US), to identify the preschool quantitative competencies that predict this school-entry number knowledge. Professor Geary has also published conceptual and theoretical articles on individual differences in children’s mathematical learning, as well as a book published by the American Psychological Association, Children’s mathematical development (1994); recently translated into Korean. Along with Drs. Dan Berch and Kathy Mann Koepke, Professor Geary is co-editing a 5 volume series on mathematical cognition and learning, the first volume of which–Evolutionary origins and early development of basic number processing–should appear in late 2014 or early 2015. He has also contributed to applied and policy related work on this topic, serving, for instance, on the President’s National Mathematics Advisory Panel, and chairing its learning processes task group.

Professor Geary’s interests in evolution are reflected in two of his other books published by the American Psychological Association, The Origin of mind: Evolution of brain, cognition, and general intelligence (2005), and Male, female: The evolution of human sex differences (1998, 2010 second edition). The corresponding empirical work ranges from the study of changes in brain volume during hominid evolution to human mate choices to men’s hormonal responses to simulated (video game) competition. Professor Geary’s current interests in this area follow from several of his collaborative studies on the effects of prenatal toxin exposure on sex differences in cognition and behavior in mice. Specifically, traits related to Darwin’s sexual selection are often exaggerated relative to other traits. These would include, for example, the bright plumage of the males of many species of bird that in turn is a good indicator of their behavioral and genetic health. These traits are particularly sensitive to environmental disruption, even in healthy individuals. Professor Geary’s in progress book, The evolution of vulnerability, is focused on these traits in humans and how they can be used to identify at-risk populations and individuals.

At the IAS, Professor Geary will collaborating with several Durham faculty focusing on the relation between our evolved, intuitive sense of number and magnitude and our ability to learn formal, evolutionarily novel mathematics. During this time, Professor Geary will also be working on a co-edited book with Dr. Berch on the implications of evolved cognitive and motivational biases on children’s learning in modern schools.

Biologists have known for decades that many, probably most, traits involved in competition for mates or mate choice are exaggerated and their expression is influenced by the health, fitness, genes, et cetera of the individual. For instance, the bright plumage of the males of many species of bird can only be expressed by healthy males; in part because high testosterone needed to express these traits suppresses the immune system and thus sick males cannot ‘afford’ to express the traits.

The sensitivity of these traits to environment and social conditions evolved so that less fit individuals cannot ‘fake’ good health, provisioning potential etc. The concept has been applied to humans for some triats (e.g., male facial features) but not widely. Professor David Geary will review these studies but more importantly will reframe the issue entirely. He will illustrate that when applied to humans, condition dependent traits can be used to identify children, adolescents, or populations at risk for poor long-term outcomes.

Biologists have known for decades that many traits involved in competition for mates or other resources and that influence mate choice are exaggerated, and their development and expression is influenced by the individuals’ exposure to and ability to tolerate a variety of environmental and social stressors. In nonhuman species, conspecifics (members of same species) use these condition-dependent traits to identify less resilient competitors and avoid unhealthy mates. These traits, however, can be reframed to provide a nuanced approach to understand more fully the heightened sensitivity of a host of physical, social, psychological, cognitive and brain traits in humans. This principle can be used to identify children, adolescents or populations at risk for poor long-term outcomes and identify specific traits in each sex and at different points in development that are most easily disrupted by exposure to stressors. This article overviews the approach and provides several examples.