The IAS is a credit to the University and exemplifies its mission to be a research intensive institution. 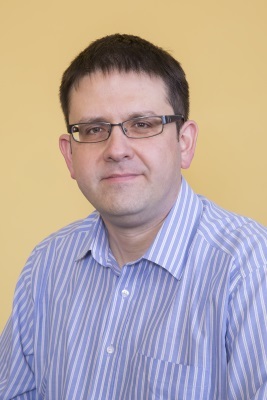 Martin works at the intersection of International Political Theory and Security Studies and is particularly concerned with questions of war, violence, (in)security, identity, and community. To date his research has focused on the conceptual understanding of (in)security and organised violence in an urban context, particularly the ‘urbanisation of security’, attacks on critical infrastructure and urbicide.

Martin's current research addresses the political and ethical entailments of network thinking, particularly insofar as it legitimates various forms of violence. His work is informed by post-structuralist international theory and continental philosophy (especially the work of Martin Heidegger, Jean-Luc Nancy and William Connolly).

Prior to his appointment at the University of Manchester, Dr Coward was a Senior Lecture in International Politics at Newcastle University. His previous research featured two major strands: urbicide and infrastructures. His 2009 book Urbicide: The Politics of Urban Destruction marks the culmination of a major research project to outline a conceptual understanding of assaults on cities by ethnic-nationalists. Taking the destruction of Sarajevo and Mostar in Bosnia as its starting provocation, this project sought to understand why ethnic nationalists target the city in itself rather than as a means to achieve military goals. Urbicide argued that the fabric of the city is constitutive of public spaces that are the basis for a plural political culture. Since ethnic nationalists seek homogeneity, they seek to destroy the capacity of the fabric of the city to generate such plurality, rebuilding it in ways that support exclusive monocultures.

More recently – in research published in Security Dialogue and Environment and Planning D: Society and Space – Dr Coward has focused on the ways in which terrorism attacks the networked infrastructures of the city. This research suggests that metropolitan life is characterised by a complex ecology of networked infrastructure: roads, rails, cables, conduits and so on. Attacking this infrastructure is a way to strike to those things that are supportive of the way of life of contemporary city dwellers. This work has developed into a critical re-thinking of the underlying idea of the network. Often used as a sociologically descriptive term for the organisation of many entities from urban fabric to terrorist organisations, the network has become a way of imagining the world that has distinctive political consequences. In recent work on drone warfare Dr Coward has argued that the idea of the network produces a dangerous temptation towards a global program of targeted killings.

The early twenty-first century has often been described as an ‘urban age’. The incorporation of ever greater proportions of the global population into cities has been said to inflect social and political life in distinctively urban ways. At the heart of global urbanisation are the infrastructures that enable urban agglomerations to exist. The urban age is, therefore, an infrastructural age. Life in the urban age is thus inflected by infrastructure in various ways. War, terrorism and security are no exception: organised violence has increasingly targeted urban infrastructures while reciprocal attempts are made to secure transport, communications and logistics against real and imagined threats.

This has given rise to an urbanisation of (in)security: while the forces that create insecurity increasingly adapt to the urban environment, cities are increasingly securitised to guard against such threats. At the heart of this urbanisation of (in)security is infrastructure. Infrastructure is often conceived as a network linking distinct nodes in a vast interconnective web. Networks are said to be vulnerable because of the way in which their pathways and junctions can be attacked to disrupt their functioning. This has led to network oriented security measures. However, it has also led to network oriented forms of violence – such as drone warfare and terrorism targeted against transport. This lecture will examine the questions posed by organised violence and security in an urban age. The lecture will highlight the importance of the invisible infrastructures of the city and challenge the dominance of the network as a motif for thinking about the threats and vulnerabilities of the urban age.

In this article I examine the way in which representations of the vulnerability of infrastructure reveal a particular understanding of the distinctive characteristics of contemporary, urban life. Infrastructure refers to the physical systems that provide power, remove waste, transport goods and bodies as well as facilitate the exchange of information and money: roads, rails, pipes, cables, and so on. While infrastructures often go unnoticed on a day-to-day basis, their interruption or absence threatens urbanised life. Infrastructure protection has thus become central to many states’ security agendas. This article thus examines the way in which infrastructures are made the object of security. Broadly speaking – in the UK at least – infrastructure can be designated either national or critical. While the former refers to an infrastructure that underpins a spatially-located community, the latter indicates the connectivity that makes communication, data transfer and markets possible. In this article I ask how particular infrastructures become objects of such security concerns. I argue that we have affective relations with infrastructures such as roads or wires in which conceptions of spatial extent, community or connectivity are implicit. It is through these affective relations that we come to understand the potential loss of particular infrastructural objects as a vulnerability and thus make efforts to give them greater protection and security.