I am grateful for the IAS fellowship experience, which was the occasion for real intellectual growth. 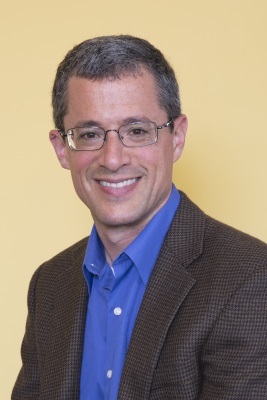 Nathan J. Citino is an associate professor of history at Rice University, Houston, USA. He is a historian of America’s role in the world and specializes in U.S. relations with the Arab Middle East. Dr Citino was trained in diplomatic and Middle Eastern history at Ohio State University and completed an intensive Arabic language program at the University of Chicago. His research focuses on the post-World War Two era and encompasses not only state diplomacy but also unofficial encounters between the U.S. and Arab societies. In his most recent work, he examines the transnational circulation of ideas related to economic development during the cold war and compares the ideas of American and Arab modernizers.

Dr Citino is the author of From Arab Nationalism to OPEC: Eisenhower, King Sa‘ud, and the Making of U.S.-Saudi Relations (2002, second edition 2010). He has published articles in the International Journal of Middle East Studies, the Arab Studies Journal, Cold War History, the Business History Review, and Diplomacy & Statecraft. He also contributed a chapter about U.S.-Iraqi relations to a volume in the Harvard Cold War Studies Series. His essay on frontiers and borderlands appears in Explaining the History of American Foreign Relations (Cambridge University Press).

From 2001 until 2014, Dr Citino served as associate editor of Diplomatic History, the journal of the Society for Historians of American Foreign Relations, and he recently finished serving a three-year term on the board of editors of the International Journal of Middle East Studies.

Dr Citino received a fellowship from the American Council of Learned Societies and attended the summer seminar “Rethinking America in Global Perspective,” which was held at the Library of Congress and co-sponsored by the National Endowment for the Humanities and the National History Center. The Earhart Foundation and the Eisenhower World Affairs Institute have also supported his scholarship. In 2007, he was invited to participate in the Tel Aviv University Workshop on the Arab-Israeli Conflict, held in Israel and the Occupied Territories. He has given talks at Columbia University, Yale University, Georgetown University, and the American University of Beirut.

While at the IAS at Durham, Dr Citino will work on completing his second book, Envisioning the Arab Future: Modernization in U.S.-Arab Relations, 1945-1967, which is under contract with Cambridge University Press in the series Global and International History. Durham’s Institute for Middle Eastern and Islamic Studies, and its faculty and library resources, offer an excellent setting for conducting research in Arab studies. The new book examines topics including Arab travelers during the cold war; petro-development and economic inequality; model community-building and gender; and the Ottoman imperial and European colonial precedents for American initiatives in the Arab world. This work provides historical context not only for the “Arab Spring,” but also for global debates about economic development and political reform in the twenty-first century.

This article uses the concept of ‘emergence’ to reconceptualise encounters between the United States and Arab societies in the twentieth century. It situates that work within the history of Middle East studies by explaining the different kinds of narratives that scholars have produced about the region, from orientalists such as H. A. R. Gibb and Bernard Lewis to modernisation theorists including Daniel Lerner and Manfred Halpern. While Lewis used ‘emergence’ to refer to a universal process of westernisation, this article associates the term with historical contingency and anti-determinism. It applies that understanding of emergence, first in a discussion of recent scholarship about colonial encounters in the Middle East and then in a description of the author’s own research on US foreign policy during the Cold War. The article concludes that emergence, in its anti-determinist sense, is a valuable concept for understanding cultural encounters. Historians’ contingent interpretation of past encounters challenges the notion that today’s conflicts are culturally predetermined.