The Institute is an excellent institution of which Durham University can rightly be proud. The intellectual and social atmosphere is extremely stimulating. 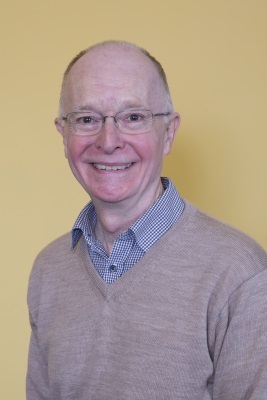 Peter Cane is Distinguished Professor of Law and Associate Dean (Research) in the ANU College of Law at the Australian National University in Canberra. He was educated at Sydney University and Magdalen College, Oxford. From 1978 he taught law at Corpus Christi College, Oxford, first as tutor and lecturer, and subsequently as Reader in Law (1996) and Professor of Law (1997). He was appointed Professor of Law in the Research School of Social Sciences at the ANU in 1997 and transferred to the College of Law in 2007. Also in 2007 he was elected a Corresponding Fellow of the British Academy and a Fellow of the Academy of the Social Sciences in Australia. In 2005 he was awarded the Degree of Doctor of Civil Law by the University of Oxford. In 2011 he delivered the British Academy Maccabean Lecture in Jurisprudence.

In 2011-12 Peter Cane held the Arthur L Goodhart Visiting Professorship of Legal Science at the University of Cambridge jointly with his wife, Professor Jane Stapleton, who is also a Professor of Law at the Australian National University. He has also held visiting posts at the University of North Carolina at Chapel Hill, Washburn Law School in Kansas and the University of Texas at Austin. Since 2005 he has served as an advisor on the American Law Institute’s Restatement Third of Torts: Liability for Economic Loss. He has twice served as an international adviser to the UK Research Assessment Exercise and is convener of the Law Panel of the Hong Kong Research Assessment Exercise 2014.

Peter Cane researches and writes in three main areas: private law, especially of the law of obligations; public law, especially administrative law; and legal theory, especially theories of responsibility. He is author or co-author of standard student texts in tort law and administrative law, both English and Australian. His monographs include The Anatomy of Tort Law, published in 1997 and translated into Chinese and Spanish; Responsibility in Law and Morality, published in English in 2002 and in Chinese in 2008; and Administrative Tribunals and Adjudication, published in 2009. He has edited or co-edited various multi-authored volumes including The Oxford Handbook of Legal Studies (with Mark Tushnet); The New Oxford Companion to Law (with Joanne Conaghan); and The Oxford Handbook of Empirical Legal Research (with Herbert Kritzer). He played an active role in the establishment of the Oxford Journal of Legal Studies in 1980.

Peter Cane’s current research, funded by the Australian Research Council, is a large project comparing control of the exercise of administrative power in the United States, England and Australia. The hypothesis being tested is that similarities and differences between control regimes in the three jurisdictions can partly be explained by similarities and differences between the political and governmental systems within which control regimes are embedded. While in Durham, he will focus on the impact of the Great Depression on administrative law in the three countries, seeking to explain why its effects on the law appear to have been much greater in the United States than in either England or Australia.

Listen to the Lecture in full.

In this paper I argue that we can usefully distinguish between two conceptions of constitutional rights, such as the right to freedom of speech and the right not to be tortured, namely an ‘offensive’ and a ‘defensive’ conception. The argument will be that historically, and to a lesser extent contemporaneously, the American conception of rights is offensive, while what I shall call the Euro-British conception is defensive. I also say something about the position in Australia by way of contrast to both of these.