My experience at the IAS was a real highlight in my academic career. Having the space to read, write and think unencumbered by my ordinary departmental responsibilities was incredibly freeing. 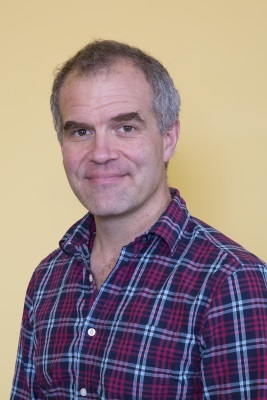 Andrew Baldwin is a Lecturer in Human Geography at Durham University and Co-Director of the Institute for Hazard, Risk and Resilience also at Durham University. He has also held academic posts at the University of Manchester and Queen’s University (Kingston, Ontario). His research is primarily concerned with theorising the ways in which the related categories ‘race’ and ‘whiteness’ operate as key terms of reference in environmental political discourse. This work draws inspiration from critical race theory and postcolonial theory as well as from critical theory more broadly.

Dr Baldwin's earlier research was concerned with theorising the interrelationships between nature and race with a particular emphasis on forest conservation discourse and practice in Canada. This work appears in Space and Culture, Antipode, The Canadian Geographer and Environment and Planning A. As part of this project, he also co-edited Rethinking the Great White North: race, nature and the historical geographies of whiteness in Canada (UBC Press 2011) with Audrey Kobayashi and Laura Cameron.

While at the IAS Dr Baldwin will examine how the concept of emergence might be used to reinterpret the category ‘race’ specific to debates about climate change and migration. This will entail critically analysing social-ecological systems theory and techniques of urban resilience and disaster risk reduction through the philosophy of Gilles Deleuze and Felix Guattari. He is especially interested to understand how physical scientists conceptualise molecular and cellular emergence in order to better appreciate how the category ‘race’ structures or is immanent to emergent interspecies relations.

Human migration and climate change pose two of the greatest challenges of our time. Migration is fundamental to human life and economy, and yet it elicits increasing antipathy around the world, including in the UK. Meanwhile, climate change is said to threaten the very biophysical conditions that make modern life and economy possible. But, as climate change unfolds, its impacts will invariably intersect with existing practices, regimes and cultures of migration. This lecture examines the recent proliferation of political and cultural concern for migration and climate change from the perspective of critical posthumanism.

In particular, it examines how the relation between climate change and human migration is now increasingly configured in the language of socio-ecological systems theory with a special emphasis on its non-linearity and emergence and with an eye towards fostering human security and greater resilience and adaptive possibilities for human life. The principal argument is that at stake in much contemporary discourse on climate change and migration is a burgeoning politics of the human. On the one hand, the discourse seems to assume a notion of the human taken from the paradigm of human security. This is a notion of the human as an autonomous, rights-bearing agent whose humanity is defined in opposition to Nature. However, on the other hand, the discourse seems to privilege a notion of the human that is irreducibly constituted by and through a set of socio-ecological relations. This lecture examines this tension and proposes that contained within the discourse on climate change and migration is not simply a desire to manage human mobility under changing environmental conditions, but perhaps more profoundly an attempt to redefine what it means to be human.

Details of publications that were progressed or completed whilst holding an IAS Fellowship in 2014/15, with the request to Fellows that they be attributed as such: