The opportunity has expanded my thinking about a range of issues and enabled deeper and more substantive thinking into the topics of my research and writing. 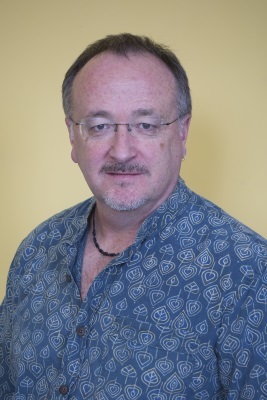 Tim Edensor, Reader in Cultural Geography at Manchester Metropolitan University, has contributed to five areas of scholarship: geographies of tourism, national identity, industrial ruins and urban materiality, geographies of rhythm and spaces of illumination and darkness.

His influential research monograph, Tourists at the Taj (1998), critiques the ethnocentrism, over-generalisation and functionalism of theories of tourism. Key findings included the multiple uses of the site by different kinds of tourists, the distinction between ‘enclavic’ and ‘heterogeneous’ tourist spaces, and notions that tourism comprises a range of performances. He has subsequently written about the sensations and rhythms of tourism, and edits the inter-disciplinary journal, Tourist Studies.

His second book, National Identity, Popular Culture and Everyday Life (2002) and subsequent articles focus upon the increasing centrality of everyday life and popular culture in the representations, practices and consumption of national identity. The book has been translated into Polish and Korean, and has led to invitations to discussions with British government ministers Jack Straw (Secretary of State for Justice), Margaret Hodge (Minister at the Department of Culture, Media and Sport) and a recent scoping project on the Future of Identity organised by the Department of Media, Culture and Sport.

Edensor’s book, Industrial Ruins: Space, Aesthetics and Materiality (2005), and ten other articles and chapters have initiated much of the current fascination with the study of ruins. He also developed two websites based (http://www.sci-eng.mmu.ac.uk/industrial_ruins/; http://www.staffs.ac.uk/schools/humanities_and_soc_sciences/te1/). This work examines theories of materiality, memory, heritage, disorder and sensation. He has recently co-written a review paper that accounts for the multiple approaches to ruination of the past decade (Progress in Human Geography 2013).

Edensor recently edited Geographies of Rhythm (2010) and published articles about tourist, commuting and walking rhythm, exploring the relationship between rhythmic temporalities and place, the rhythms of ‘nature’ and the synchronicities of social life. He has also co-edited Spaces of Vernacular Creativity: Rethinking the Cultural Economy (2009), and A World of Cities: Urban Theory Beyond the West (2011).

More recently, Edensor has researched spaces of illumination and darkness, focusing on contested aesthetics, vernacular creativities, the potentialities of darkness, and the effects of artistic lighting works and events. These ideas are discussed in publications on Christmas lights (Sociology 2009), the apprehension of dark space (Social and Cultural Geography 2013; Urban Studies 2014), and an art exhibition review (The Senses and Society 2013). He is currently writing articles on dining in the dark, light festivals, social lighting and the Hayward Gallery’s Light Show. He has also recently established a website and blog (http://www.lightresearch.mmu.ac.uk/) and co-organised two conference sessions on light research.

At the IAS, Edensor will investigate the effects and potentialities of festivals of illumination’ the ways in which they can enrich a sense of place, co-produce atmospheres, defamiliarise and re-enchant the habitually apprehended spaces, and expand the grammar of urban design through creative experimentation.

In this paper, Dr Tim Edensor considers how light festivals are part of a broader trend that adopts a more innovative approach to lighting design in moving away from homogeneous forms of illumination that flood space with light. There is, increasingly, a greater focus on creativity, an appreciation of the distinctive qualities of place, and a commitment to greater sustainability. He investigates three qualities that are countering standardised, somewhat bland nightscapes, namely defamiliarisation, deepening a sense of place and the production of convivial and festive atmospheres. Dr Tim Edensor provide sexamples from diverse light festivals, including Durham’s Lumiere, staged over four nights in November 2013, and attracting 175,000 people.